Campaigns: Completed Campaigns
Campaigns that are completed should be grouped here.
Hosted by Richard S.
What if V :: The return of the weird

REPLY & QUOTE
gcdavidson (Graeme Davidson) said
I still need to wrap up my What the Flak build, but then the WIF will come!

REPLY & QUOTE
Namabiiru (Mark C.) said
I have a number of campaign builds I have to knock out first while I ponder the right base kit to use for my WIF build, but I have a couple of options I plan to pick from.

The first is a WWII Panzer with experimental slat armor, similar to what is currently in use, but decades ahead of its time. German designers had originally proposed the idea of hanging large shurtzen armor off the sides of their tanks to fend off armor piercing rockets like the bazooka, but quickly discarded the idea as being impractically heavy and cumbersome. The slat armor was thought to provide equivalent protection, but requiring significantly less steel, while being lighter and less of an impediment to visibility.

The other option is an obsolete British tank being used for test trials of an experimental anti-magnetic coating designed to defeat German sticky bombs. The British Army soldiers involved in the trials referred to the experimental coating derisively as "Zipper$#!+" because of it's smelly, gooey consistency when applied and the zig-zag texture created by the application process prescribed by the developer.

Also thought about converting something like a Universal Carrier into a mobile barrage balloon platform, but not sure I'll be able to make that work.

REPLY & QUOTE
sneakypete (Dan Stern) said
Got a Academy M1151 uparmored HMMWV with a Hobbyboss BRDM-3 turret on top. Can't decide if its an Iraqi or Georgian truck though, maybe ISIS with Dakota Johnson hoping in (ack ack) with the "I love cats" decal and all.

REPLY & QUOTE
11Charlie20 (Jon Emery) said
I like the way you guys think. This was my first attempt...an M3A9 Stuart Honeybee.

I like the way you guys think. This was my first attempt...an M3A9 Stuart Honeybee.

I love it, thats a freaking sweet ride. Where did you get the legs from?

Or I'd do a LAV-75, again from the Twilight:2000 RPG. Modified M113 chassis mounting a 90mm low pressure gun. And like the M1 TTB, this was actually built in several prototypes: 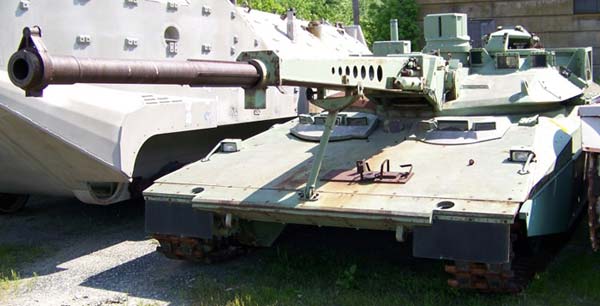 That is a HSTV-L which is based on the Sheridan's running gear and not a RDF/LT or LAV-75 which was based on the 113's. I would LOVE to see the HSTV-L released as a kit.

REPLY & QUOTE
Bluestab (Alex) said
I should start up on this one soon. To be honest, I'm debating on which project to start off with. I think I'm adding to the project list a rebuild of the Panzer IV/ ausL I did for the last What If Campaign. I never liked how the turret looked on it.

REPLY & QUOTE
rfbaer (Russel Baer) said
I've got all my IDF Pershing parts lined up, and now that the Magava is finished....

I will do a splinter wnter camouflage with some light weathering.

REPLY & QUOTE
11Charlie20 (Jon Emery) said
Thanks Dan. I have a feature of this with some WIP pics on ModelGeek.

Scenario: 2040 Tobruk, North African campaign, American lend-lease M3 upgrade. Still runs like a "Honey" but a little added sting of a bee. A Vulcan and two Mk19's mounted in the sponsons for armament, and still has an aircraft engine for power. Created using three known kits (Academy M3 Honey, Italeri M163A1 Vulcan, and a Revell Star Wars AT-RT), numerous aircraft and armor parts from the spare parts box, and a little bit of scratchbuilding and rivet adding. The crew also comes from the spares box with scratch NVGs for the driver, body of the tank commander is Dragon, and the head is from Tamiyas Cromwell.

A Vulcan and two Mk19's mounted in the sponsons for armament, and still has an aircraft engine for power.

But with a jet engine sticking out the back instead of a radial engine!

REPLY & QUOTE
Pytagoras (Vegard) said
My "mad" idea is the scenario in which Ukraine is supplied with Leopard 2A6M models to modernize their armed forces in light of the on going conflict in Donbass.
I've ordered a set of the M151 Remote Weapon System which I will be adding, and I bought some decals from Ukraine as well. I don't have much spare parts from modern era kits in my stash, so it probably won't be any additions besides those.

REPLY & QUOTE
SGTJKJ (Jesper) said
I will slowly get started. My project is a WWII '47 project. The Dust Tactics command walker in 1/48 scale.
It is from the axis powers - if the war would have lasted until 1947. It will be a week or two before I start this but at least the two main parts are now in the post. Trumpeter Fennek with Live Resin RWS done in IDF sand grey. 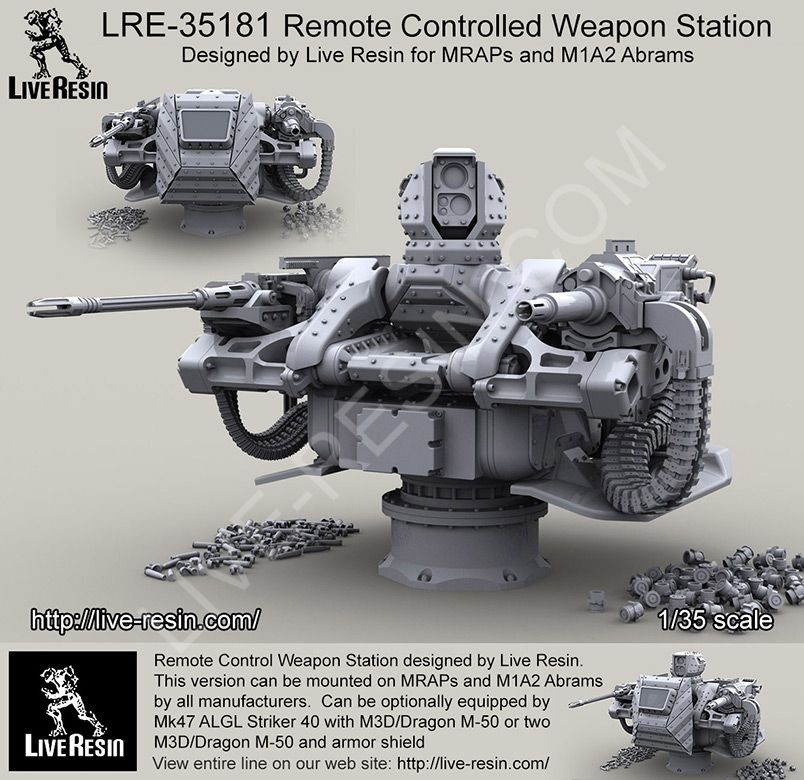 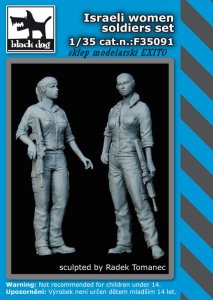 But I've not ordered these yet as I suck at figures and have only attempted 1 dio before which never got to see the light of day.

So any suggestions on what else it might need?

Well, heck, continue it? Another option was to make a what-if with not much of a change, M1A2. Scenario is, indonesi, under the president Joko Widodo, and defense secretary R. Ryancudu, realized the real threat from middle east area. Iran, and bla-bla-bla messed up with saudi & yemen, supporting houthis, escalated into open war, isis got slaughtered by iranian force, and whatsoever. Indonesia, which have a tight diplomacy with saudi, was asked to help them against iran. And as usual, americans came even before saudi asked them. Indonesia have just bought several M1A2 from US, and painted it in woodland camo, and deployed it to the middle east without changing it to desert camo due to the rush. So the difference was probably only decal markings and RCWS (probably), i'll add some figures of indonesian soldiers (converted from US troops) with HK416 or SCAR from live resin (note: HK416 was used by Army & marine SpecOps, and elite counter terror unit from the police, while SCAR was virtually nonexistent). It'll be a checkpoint diorama, an american soldier will also be present. By the way, the figures will come from another campaign project. Is that okay?
Thanks~

Progress is going along just fine. Easy assembly so far, although the quality of the kit is so-so. Sink holes on a few visible surfaces, some flash and quite a few steps that requires drilling holes.

REPLY & QUOTE
35th-scale (Sean Mullarkey) said
Thanks Vegard....all the LR stuff is awesome! One day I want to get their Secutor robot

First up the Live Resin RWS. A lot of parts but all immaculatly cast and flash free. Here are the bulk of the parts


A lot of smaller parts have fallen of the pour blocks, as the attachments are very fine which makes it easy to clean up the parts. They all seem intact, but

I left them in the bag for now....some are very small and didn't want to risk losing any.

As you can see the detail on the parts is fantastic:

And now the Trumpeter Fennek itself. It's aonly a small vehicle. I think only 6 or 7 inches long when completed, but there are a lot of parts. 13 sprues, 1

large PE fret, a small sprue of clear parts and upper and lower hull halves, tyres and decals. From initial looks the casting looks perfect. No flash on any

REPLY & QUOTE
35th-scale (Sean Mullarkey) said
Sorry, wrong links in the post above and I didn't get to fix them before the "edit" deadline expired

So here are the right pictures:

Sorry for the mess! I work in IT but am technologically challanged with this web stuff

REPLY & QUOTE
Cantstopbuyingkits (Timothy Hartman) said
I might join this campaign in a few months or so, been thinking of doing something like a Loweger [Lowe and Konigstiger hybrid] or a USA Leopard 2.

REPLY & QUOTE
rfbaer (Russel Baer) said
I cleared some space over the weekend, finishing a Pershing and getting a Merkava in paint, so my "assembly" area is free. Whee!
Start pics:

What all the above mess is: A Tamiya Pershing kit, the turret sprues from a Tamiya M51 and a "Bag O' Glass"... er, a bag of tracks, the indie links from a HobbyBoss Super Pershing. I have a set of Friuls stashed, not sure if I'm going to use them or not yet.
I began by getting the turret shell together, and since I'm building a late-production tank, that meant no mounts for the turret-mounted crane. A couple of pices of plastic acrd did the trick. Also added was the "production" turret counterweight found in the HB Super kit. On the right side of the turret, I left off the rack for the drivers' foul weather hoods and mounted four IDF/French-style smoke launchers.
The center of the Tamiya M51 mantlet was grafted into the M26 mantlet and the bulges found on M51 and M50 mantlets added, just for fun. Some Aves putty blended it all in.

I got a start on the lower hull, did the rear plate, added the welds missed by Tamiya (and HobbyBoss) and built and attached the final drives, with stiffeners, per a late vehicle.

This is fun!
Really!