REPLY & QUOTE
Bravo1102 (Stephen C. Willoughby) said
Both Eduard zimmerit sets for both the Tamiya and Dragon Stug IV come with zimmerit for the engine deck.

I thought zimmerit was for vertical surfaces not horizontal?

Should I put it on?

And Google is a little light on period engine deck pictures.

And yes, I am stuck using photoetch zimmerit unless I win the lottery or something.

REPLY & QUOTE
ctkwok (Cody K) said
Almost certain no zimmerit on engine deck. Dragons own zimmerit stug iv doesn't have it, and I haven't seen a Panzer IV with it.

REPLY & QUOTE
d111298pw (Mark ) said
I'll second what Cody said. There shouldn't be any on the engine deck.

REPLY & QUOTE
Hohenstaufen (Steve) said
It seems unlikely as the engine deck is pretty much flat, so a mine thrown on there would tend to stay anyway, magnetic or not. But having said that, never say never with WW2 German stuff. Somewhere there may have been a factory hand who ran amok with the Zimmerit or a Hauptfeldwebel who wouldn't listen to reason.

REPLY & QUOTE
"Lord Raglan wishes the cavalry to advance rapidly to the front, follow the enemy, and try to prevent the enemy carrying away the guns. Troops of Horse Artillery may accompany. French cavalry is on your left. Immediate. Airey."

REPLY & QUOTE
Frenchy (Henri-Pierre) said
I thought that the Zimmerit paste was only applied to vertical surfaces since it would have no value on horizontal surfaces....Until I've found this related thread that may make me reconsider this 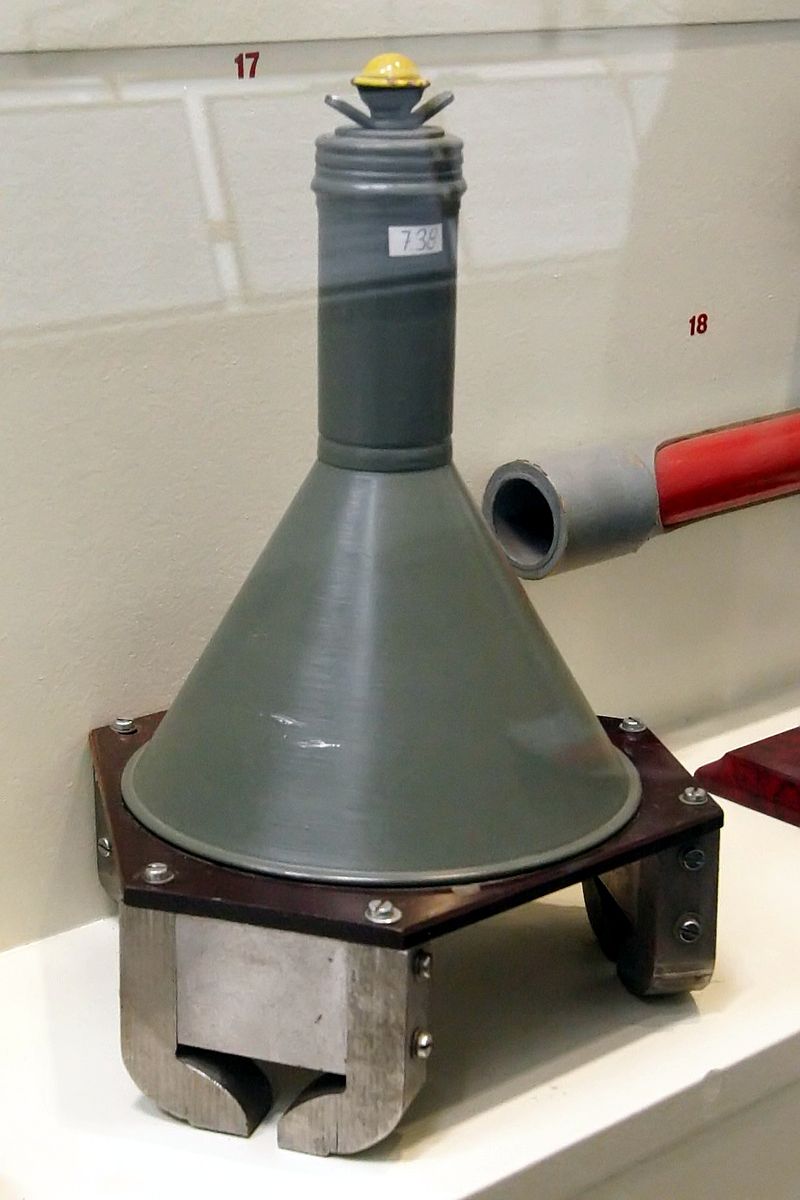 This charge was held in the correct position with magnets.
If it was placed on a horizontal surface it could theoretically fall on its side and become useless.
It could be argued that the German engineers and researchers though that horizontal surfaces needed to be protected as well. A lot of baggage on the engine deck would do the same job but I presume that the luggage was removed before going into battle. The ability of the enemy to reach and place the hollow charge should also be considered. The German charge (image above) should be put in position and then a pin/safety pulled out to activate it (pull pin and run).
Would this be possible to achieve on the engine deck of a Stug IV?
I don't know, if I was worried about the zimmerit I would hide the engine deck under a lot of luggage. Problem solved

A Stug (III or IV) at Fort Knox (maybe moved now) had remnants of zimmerit on the vertical rear wall of the fighting compartment but maybe the orders simply said "All vertical surfaces" or someone with orang-utang arms decided that the whole wall was reachable .....

REPLY & QUOTE
In memory of Al Superczynski:
"Build what YOU want, the way YOU want to....
and the critics will flame you every time"

REPLY & QUOTE
marcb (Marc) said
Factory pics of Pz IV with zimm, showed none on the engine deck. For the Stug IV it would be the same.

REPLY & QUOTE
jps (David Schemel) said
As the others have said shouldn't be any Zimm on the engine deck, that said stranger things have happened, I personally would avoid Eduard Zimm and look at something else.

Improving my modeling one mistake at a time.

REPLY & QUOTE
m4sherman (randall neeley) said
I'm putting this up as reference only. From a free site on WWII. Zimmerit shows clearly on the hull fighting compartment, even behind the spare wheels, but the engine compartment looks bare. 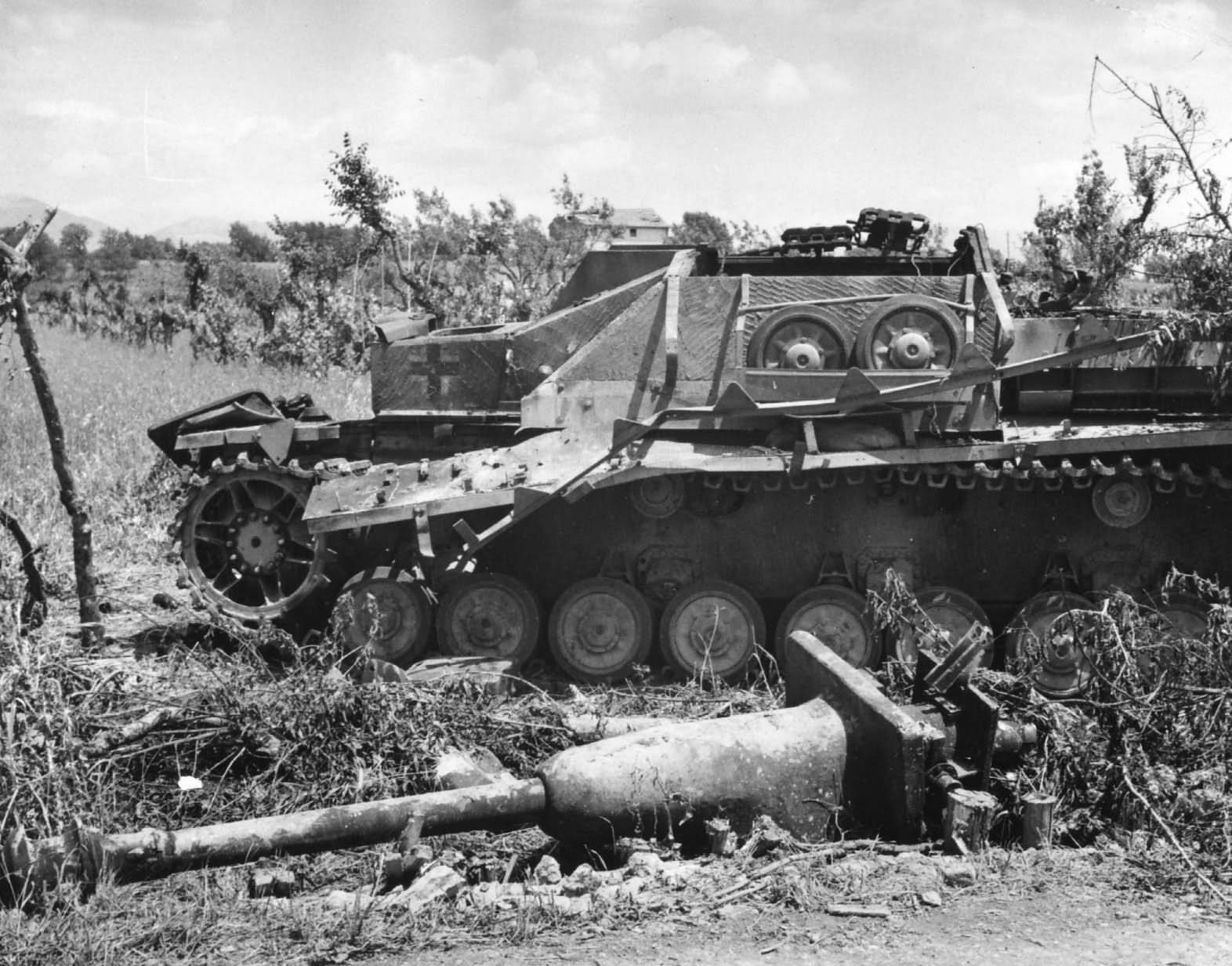 I was going to try it on myself and go stealth, but it only works on other users.

REPLY & QUOTE
MrCompletely (Paul Lynn) said
Why pay for zim? Why nor do it yourself? It's really not that difficult.

Why pay for zim? Why nor do it yourself? It's really not that difficult.

Not anymore for me. Gluing things on, I can do. Minor textures I can still manage, full coats of zimmerit aren't happening any more.

Used to love raking and all. Even found workable ways to do it in smaller scales without looking ridiculous, but no more. Have to keep it simple.

I build for myself now and don't have to show off any mad awesomeness skillz anymore.

REPLY & QUOTE
maartenboersma (maarten) said
This Stug III had it ,so why not some Stug IV's REPLY & QUOTE
Floridabucco (Eric ) said
Dragon's Stug III G has the zimmerit molded on the engine deck, and atop the engine vent covers.

REPLY & QUOTE
Bravo1102 (Stephen C. Willoughby) said
Thanks everyone for your answers. I'm thinking it might be like the zimmerit on the skirting that some Pzkpfw IV had.

Maybe only an early handful had it and there's one picture and they extrapolated from that.

I also found a profile of a Hungarian Stug IV that someone extrapolated from the Hungarians having Stug III, they must have had a Stug IV.

REPLY & QUOTE
marcb (Marc) said
There's no documentation of Stug IV being exported to other countries.
The argument that Stug IV could have zimm on the engine deck, because Stug III had, has no merit as they were manufactured at different factories.