Armor/AFV: British Armor
Discuss all types of British Armor of all eras.
Hosted by Darren Baker
Does the FV103 Spartan have cupola/turret?

REPLY & QUOTE
AotrsCommander (Alex Handley) said
I have been working on a Spartan model and I have been struggling to work out whether it has a movable cupola/turret, specifically as regards to the MG mount. 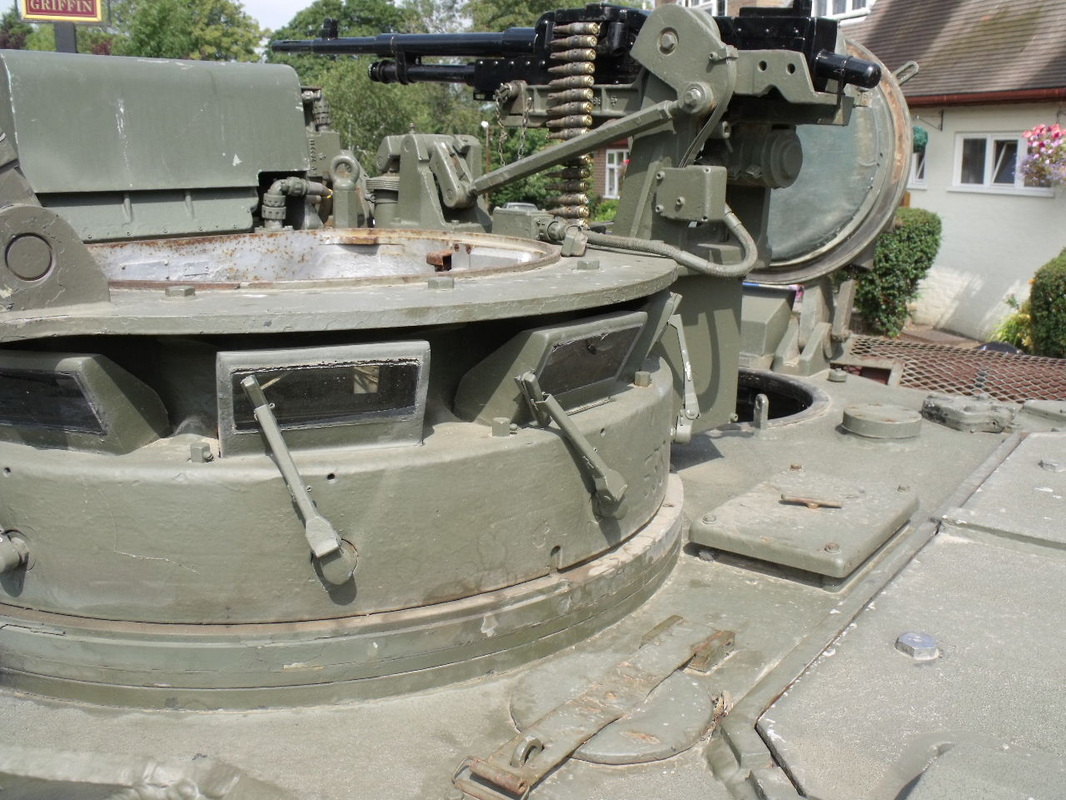 If isn't, it would suggest that the Spartan's MG is a fixed mount. (Granted, that would make it easier to model, but seems a bit odd.)

Can anyone shed any light on this?

Yes the cupola does traverse. Basically everything above the prominent line just below where the wiper arms are mounted rotates. Thats the hatch , vision blocks, GPMG mount and sight, everything. There is a small traverse gearbox inside on the left with a handwheel for the commander to move it. On the right is an elevation gearbox and handwheel for elevating/depressing the GPMG. It is surprisingly accurate once everything is adjusted and tightened. This set up is used on Spartans and Strikers with a pintle mount being used on Samsons and Sultans.

REPLY & QUOTE
Cavalry add style and panache to what would otherwise be just another s**tfight between grunts.

REPLY & QUOTE
AotrsCommander (Alex Handley) said
Ah, excellent, thank you! I had my suspicions when I looked at the MG mount, but I couldn't find any photos showing it rotated.

That makes is a fair bit easier to deal with than a pintle mount. And a little easier than the FV432's turrets, even, as the cupola is a little bit chunkier (both in terms of height off the deck and width); at my scale (144th), every little bit counts!