PHOTOS
BootsDMS (Brian Stoddart) said
Great figure Jerry; just one thing - I understand that German officer gloves were normally of grey suede. That's not to say of course that Peiper didn't elect to wear something else, he was clearly for the practical and what suited him, but just a possible minor point.

Keep it up - love the Normandy dio (First Contact) too.

PHOTOS
BootsDMS (Brian Stoddart) said
I am sure that Peiper being doubtless a pragmatic soldier, would wear whatever he saw fit (hence the flying suit) so a different pair of gloves would well be in the realms of possibility.

In my own military experience (nothing approaching Peiper's experience I assure you!) I have worn US and German boots, a Bundeswehr parka liner, civilian ski-gloves (back when the British Army issue were khaki woollen ones) let alone utilising smaller items of kit, all acquired to make life just that little bit easier.

Will this figure be a singleton or are you planning on any accompanying figures?

"A soldier will fight long and hard for a bit of colored ribbon." 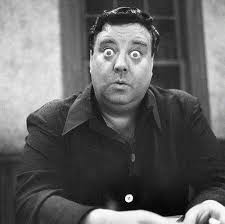 Thanks buddy for the kind words. I can't take the credit for the research though. Steven Andrew got that together for one of his upcoming illustrations.
J

Okay, leave out the research then

What remains is a very nice figure

"A soldier will fight long and hard for a bit of colored ribbon."

PHOTOS
maartenboersma (maarten) said
TOP! as always on all fronts


Wishing you and your loved ones peace, health, happiness and prosperity in the coming New Year.

I find it fascinating that so much emerged from testimony of US troops at Malmedy. As a criminal lawyer myself I can imagine the forensic details that would have been sought by those trying to build a case from this tragic event.

I also find it interesting how consistently even the SS purloined uniforms from other nations - despite, we are led to believe, having the 'best' that the German clothing industry had to offer...

PHOTOS
bill_c (Bill Cross) said
Always glad to see the old criminal get the correct uniform. Those bastards got away with murder too often it seems, but they were hardly alone. Masterful putty work, Jerry.
Bill Cross

PHOTOS
nsjohn (Norman S Johnston) said
A particularly repugnant individual who was tried and sentenced to death which was later commuted to 12 years imprisonment. Was himself murdered in 1976 when his identity in the village in which he had settled in France was revealed. Can't think that the local authorities spent too much time trying to find his killers.
Removed by original poster on 01/03/20 - 20:23:44 (GMT).

PHOTOS
bill_c (Bill Cross) said
Jerry, I am a particular fan of yours, and think of you as a master modeler.

But I am disappointed in your reaction. This isn't about PC. Peiper did and authorized terrible things. Period. That doesn't mean we can't recreate the history of the war. However, we should never lose sight of the fact that many Germans were Nazis, and that many Nazis did terrible, unspeakable things. I have toured several concentration camps in Germany, and yet I still model German subjects. I'm currently working on a 2nd SS Panzer diorama. It did cross my mind whether I should make it Heer instead of Waffen SS, though.

If anything, we have gone too far in the direction you seem to be advocating: a moral equivalency that says "both sides in a conflict are equally bad." That's a-historical, the opposite of what you claim you want.

If you find that pointing out Peiper's crimes is "PC," then feel free to hide me and my posts. I can admire your work, but I don't admire your lashing out at those who point out what is ALSO history. Not just the correct Italian flight suit he wore in the Ardennes campaign (where his men butchered American POWs on a spot I have stood on).

PHOTOS
RobinNilsson (Robin Nilsson) said
The thread creator has removed all of his posts from this thread which gives the leftovers an odd appearance.

Is there any point in keeping the rest of it?
I am open to suggestions on this.
Lock the thread?
Remove it completely and forget it ever existed?
Leave it as it is?


In memory of Al Superczynski:
"Build what YOU want, the way YOU want to....
and the critics will flame you every time"

PHOTOS
Johnnych01 (John Hagan) said
I think its a shame people cant just admire someones work and leave it at that. To many people want to drag up history and individuals who cannot argue their case now they are long dead. For instance, people should read abit more into Pieper and his very one sided trail and what in particular the Waffen SS endured on the eastern front which was where alot of their mindset stemmed from. No nation was innocent during WW2 or conflicts since then. Lets not mention the pointless carpet bombing of Germany, which had no repercussions. Why dont we just stay on track and enjoy peoples modelling skills. This is meant to be an enjoyable hobby, not a political debate. I for one am sad he felt the need to remove his very good work of a modelled figure.

PHOTOS
Johnnych01 (John Hagan) said
And in answer to your question Robin, I would say remove it and everyone can move on then. Back to some campaigns now.

PHOTOS
smydi01 (wayne) said
What a shame. It was a good model, well researched model and a well painted model. That is all it was a model, pieces of of plastic changed into a small bit of art by a very good model maker. Nothing more.