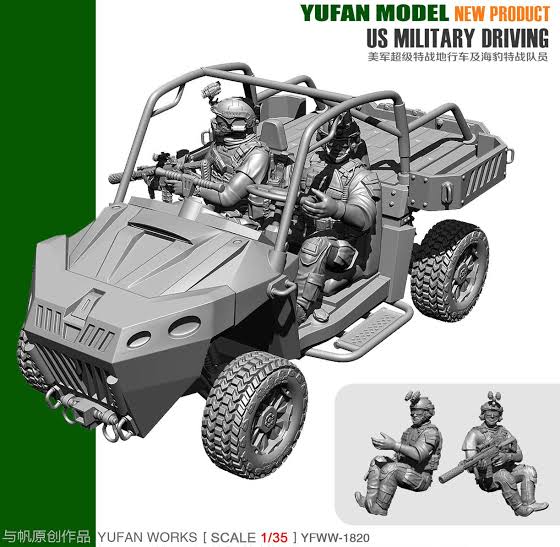 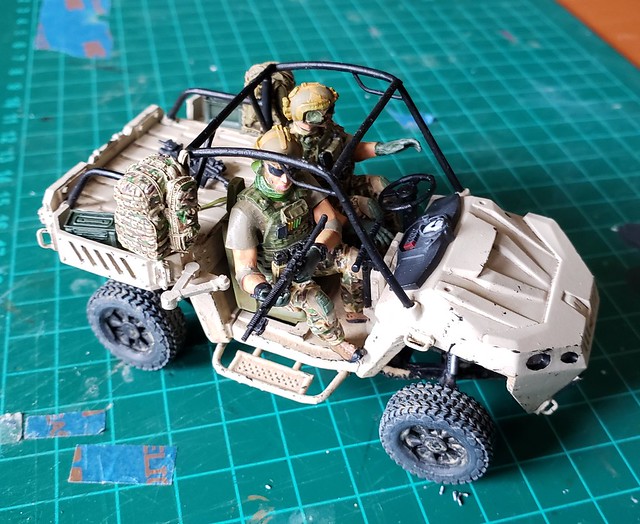 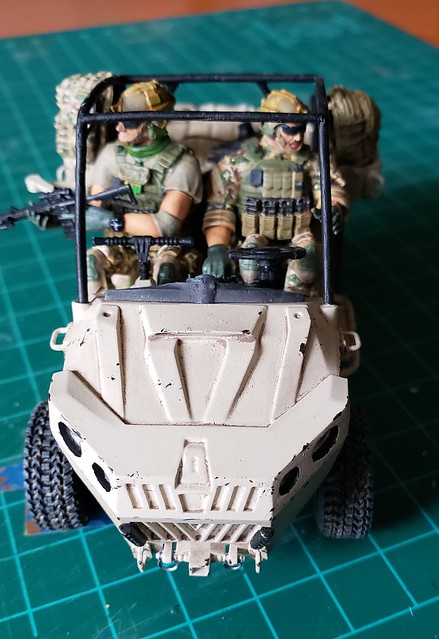 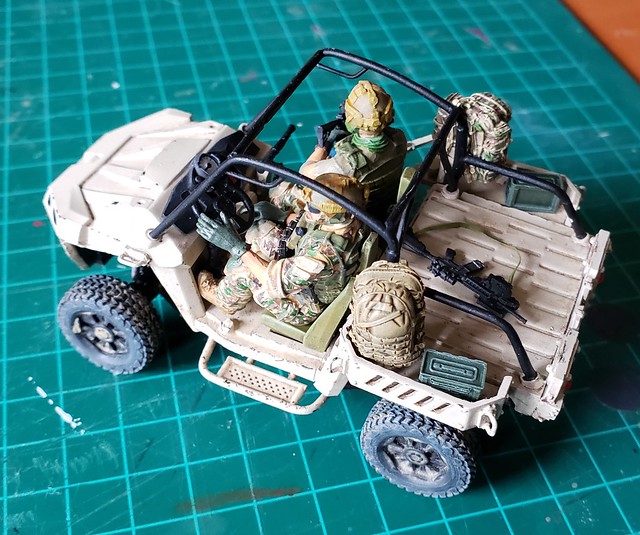 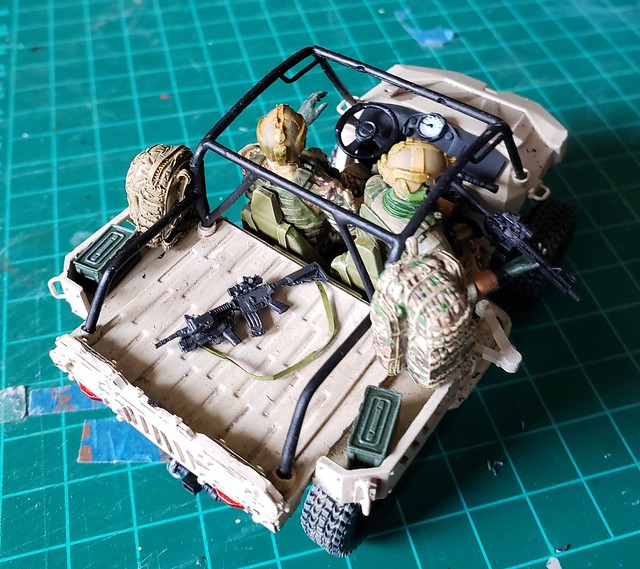 Came out decent enough, but not without lots of modifications for things to fit.
Think I am done with Yufan Models for a while. Still have a couple of figures in my stash though, Let's see what you think.

REPLY & QUOTE
xraytech (knorton) said
I think it came out looking great! I like your subtle weathering on the vehicle. I thought the seat backs would be higher, with the headrest at head level. How does the proportions of the figures look? In some of their figure pictures in their catalog, they look disproportioned to me. How is the detail of the weapons? Your build is very well done!

REPLY & QUOTE
zorrolobo (Marcos Suarez) said
I think the scale is more like 1/32. Fit of the figures on the vehicle is not the best. A lot of modifications have to be made to both figures and vehicle to fit. But it was a challenge.

REPLY & QUOTE
zorrolobo (Marcos Suarez) said
I heard something similar about Yufan before. This particular kit, and the ones I bought before, are not offered by other manufacturers. I bought them because they were different and looked cool. But I would have to agree that their sculptors are not the best. I bought them from what I think is a reputable hobby shop in Australia, but like I said, this is the last of those kits, except for a couple of figures I have left. I will probably not buy any more from them, mainly because their quality is not the best.

Nothing about you but from what I understand a lot of Yufan work/ figures are knock offs from others peoples work and on that note I dont buy the brand. I also think a lot of the figures due to being knock offs and mismatch parts jumbled together that they seem strange looking.

Have you actually looked at the Yu Fan catalogue? A simple look at Hobby Easy will show that the majority of their figures are original. They make well over 30 1/35 sets, with at least 100 different figures of WWII, Cold War and Modern PLA - whom did they copy these from? And this is just one example.

And as for the discussions here and elsewhere about copying, the figures in question form a very minor portion of the catalogue and there is no general consensus as to if these are copies or not, since they appear to be similar but not identical.

I dont condone anyone copying, and will reserve my judgement about borrowing components, since Im not sure how this is any different from someone using say an upper hull from a plastic kit, modifying it into a different variation or type, and then selling it commercially.

Ultimately, Yu Fan has a significant catalogue of original figures that no one else does and its up to each individual to determine if they want to support them. But its wrong to say that a lot of Yu Fans works are knock-offs.

REPLY & QUOTE
zorrolobo (Marcos Suarez) said
I am sorry that my post turned into a discussion of ilegal copying or piracy. I bought the figures and kits from a "respectable" seller (BNA) that I discovered through this site. I assumed that if they advertise these kits in their webpage catalog, everything is ok with the kit. I have been in this hobby for over 45 years and I have seen many kits reissued and even modified under different brand names over the years. I did not buy them from a dark "recaster" under an "unbranded" offering. On retrospective I do see some similarities on SOME of the YUFAN figures to other manufacturers' kits. But I also see a very wide range of offerings from YUFAN that no other manufacturer has. Like I said, I will probably not buy again the brand, but mainly because the quality leaves a lot to be desired. Yes, they are cheaper than other manufacturers, but I guess you get what you pay for.