REPLY & QUOTE
CMOT (Darren Baker) said
Kenneth Oestergaard takes a look at a set of revised Leopard 2 Replacement Road Wheels and Idler Wheels from Leopard Workshop. In this revised set Kenneth takes a look to see if the corrections live up to his expectations. 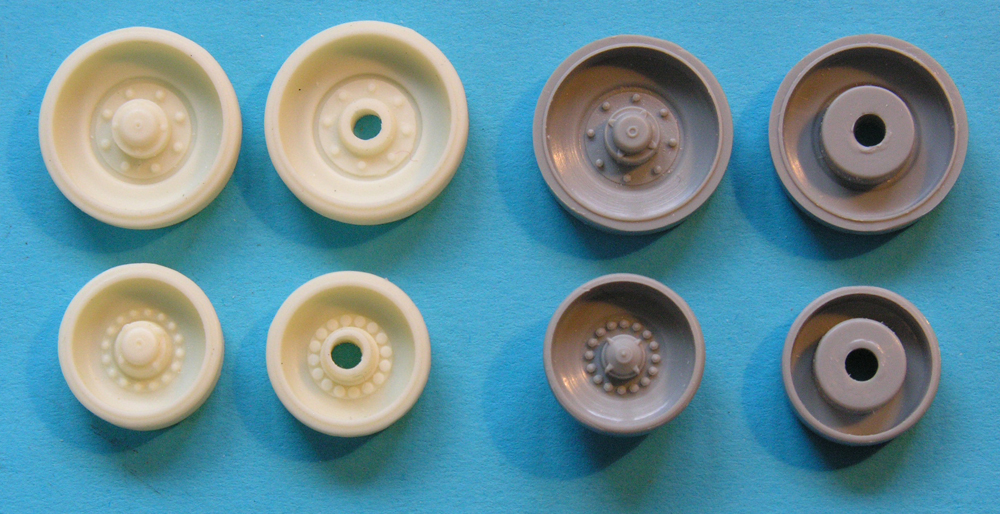 To me kit wheels are more then sufficient and the extra expense not needed.

Based on a actual image of Leopard 2 wheels

REPLY & QUOTE
SgtRam (Kevin Brant) said
here is an image from Prime Portal for a Leopard 2A6, and the ones from Leopard Club still don't quite match.

There are raised areas coming out of the center hub, and the grove around the lug nut plate does look as deep.

Based on this image, neither are correct.

REPLY & QUOTE
SgtRam (Kevin Brant) said
Is it possible there are two different axle hubs for the Leopard 2?

Here is an image of a Leopard 2 in Singapore, notice the hubs don't match.

REPLY & QUOTE
TRM5150 (Todd Michalak ) said
Yes, it is possible to have different wheels on these beasts..certainly more prevalent on the Danish, Canadian and Norwegian Leopard 1's but still present on 2's in some cases.

The demarcation between the rim and the rubber on the Leopard Club wheels was better, the bolt details are present on the inside (which does get seen once built) and the correct diameter....at least form what I found. 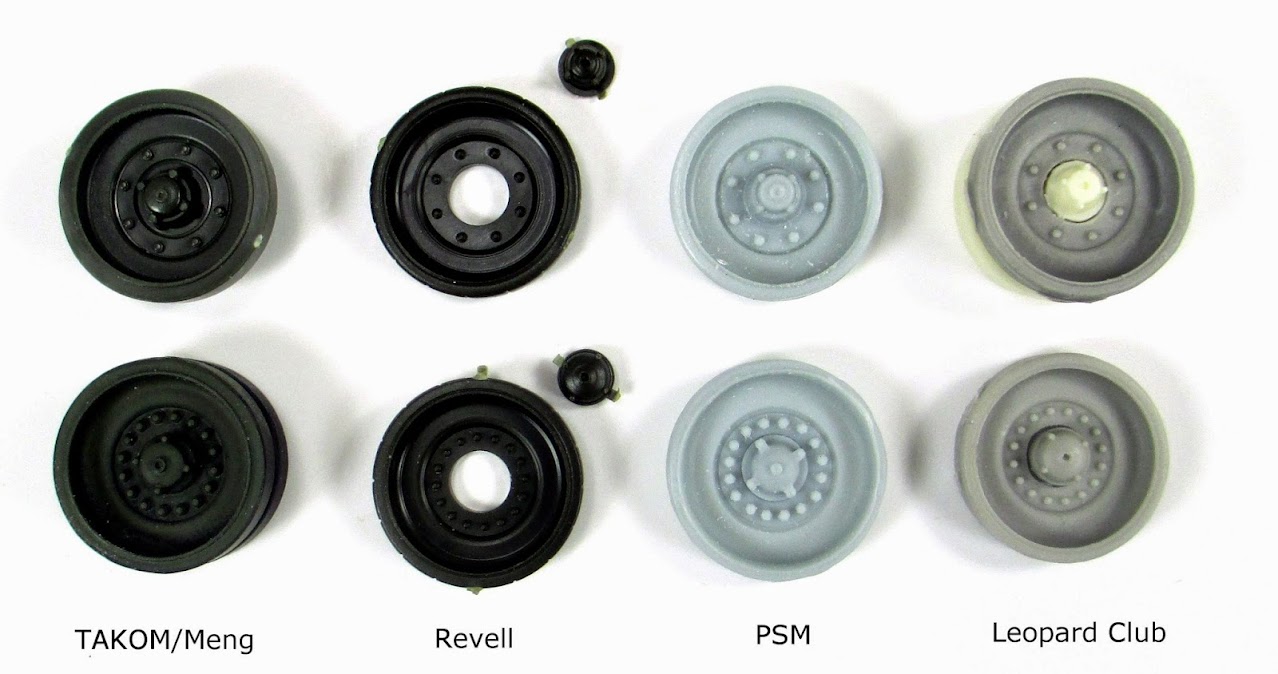 Only thing I didn't like about the Hobby Boss was the bolt flanges are triangular in nature where the Leopard Club Wheels are rounded. But that is just my opinion!