Campaigns: Active Campaigns
Campaigns that are either in planning or underway should be grouped here.
Hosted by Richard S.
Anti-Aicraft :: 2019

REPLY & QUOTE
k_mero4 (Kalin Merodiiski) said
Thanks for the good comments, gentlemen.
Angel, of course, is Step 4. Just a slight adjustment for the better.

REPLY & QUOTE
V2Phantom (Mike J. Idacavage) said
Kalin
Your build of the gun so far looks great!! I am very impressed how neat the gun looks with so many parts that were added.
Have fun modeling
Mike

REPLY & QUOTE
BogiBg (Bogi) said
Time for small update. But first some explanation.
I like when I cover all variants of some vehicle with kits from same producer. They look alike. Since Tamiya Horch 108 1a is too old and have too many mistakes, I decided to try to convert Icm Type 40 to 1a standard. Still not shore how it will turn out at the and but for now I am happy, especially by not cutting my self.

So...
I started by cutting rear wheel arches 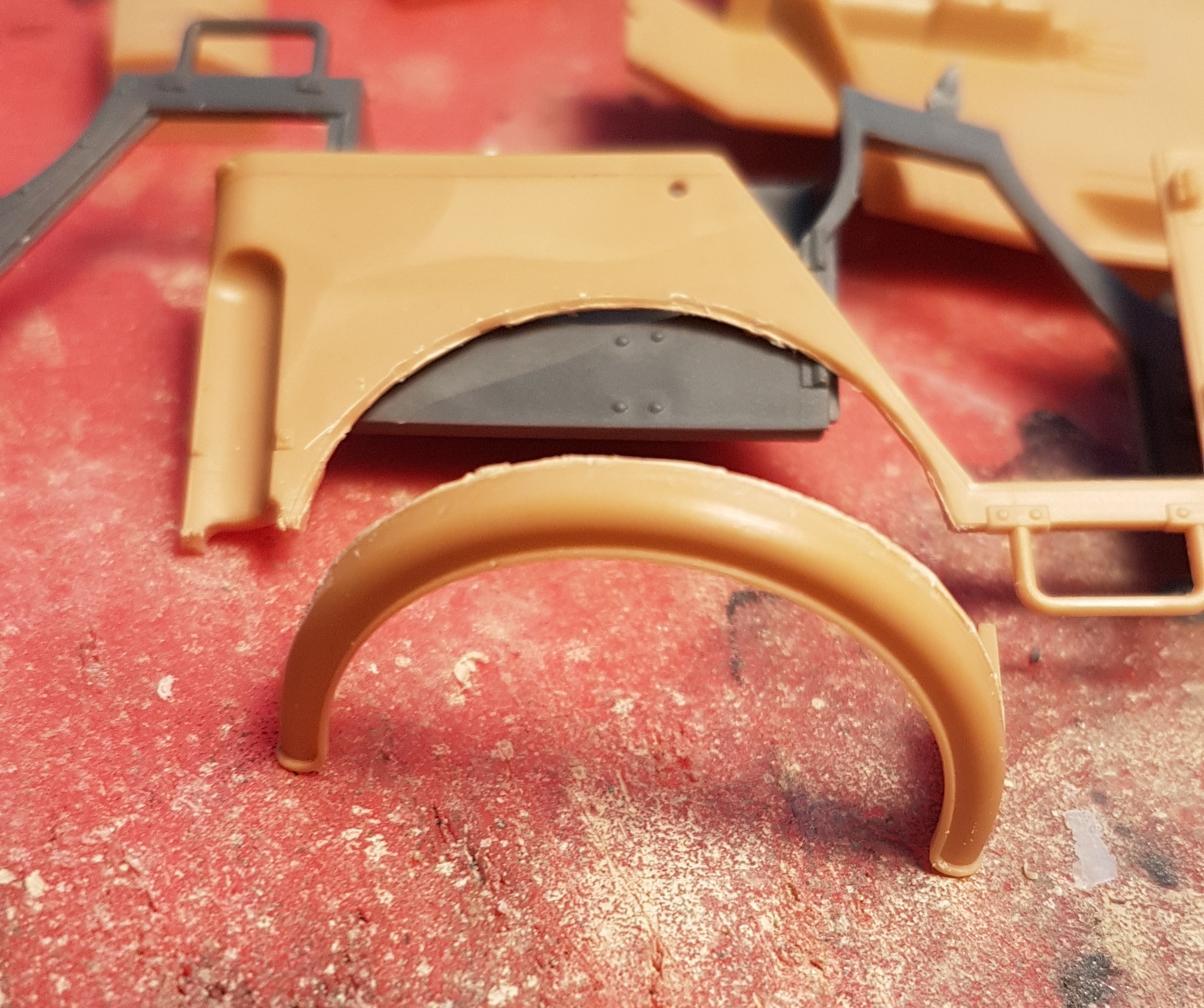 and fixing rear gasoline filling spot. I used cut off peace as an insert. 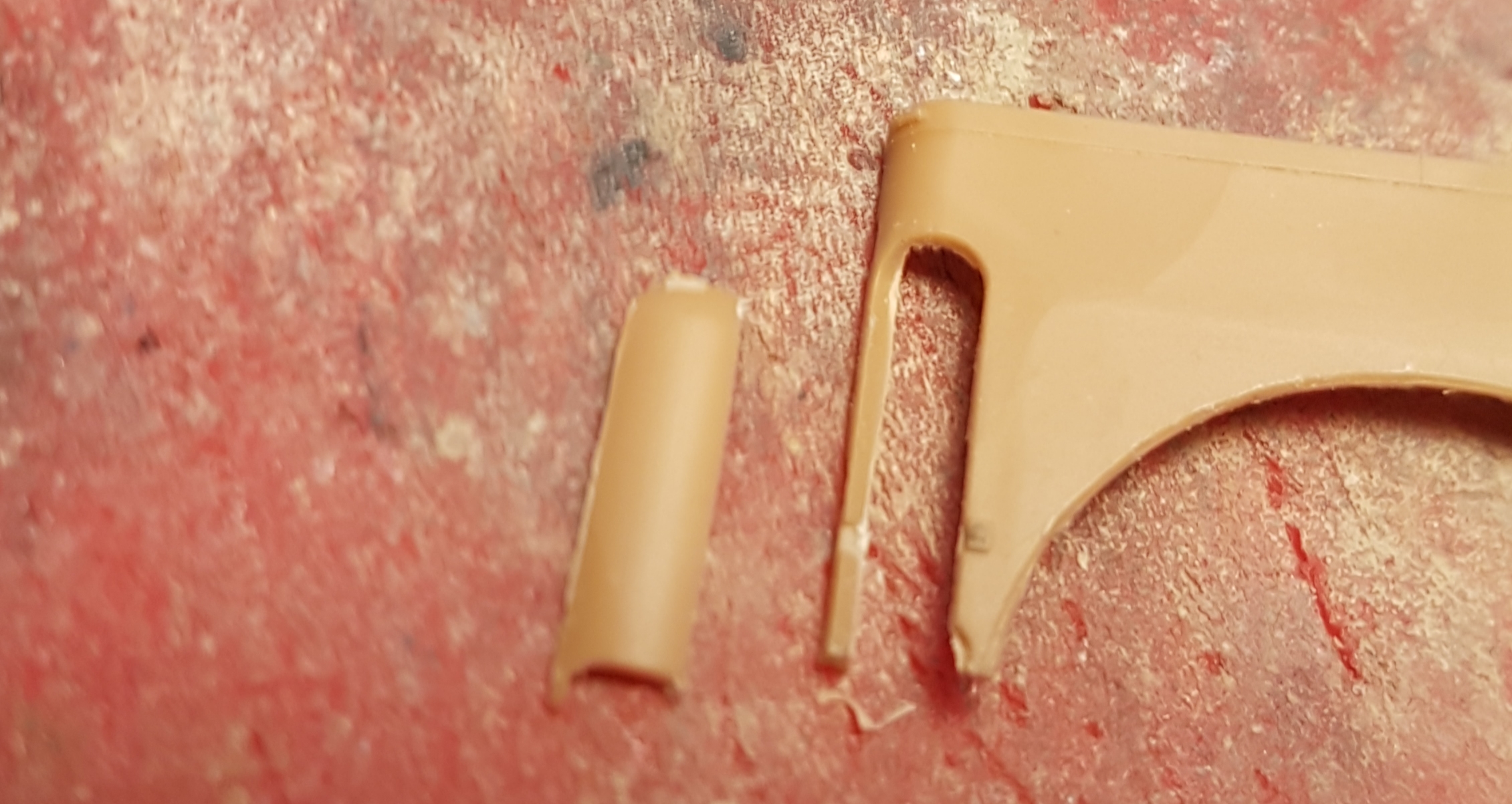 After that I cut off peace of body from one side of semicircle and glued it to another side, effectively moving wheel arch location.

Than I removed part of body between two doors. 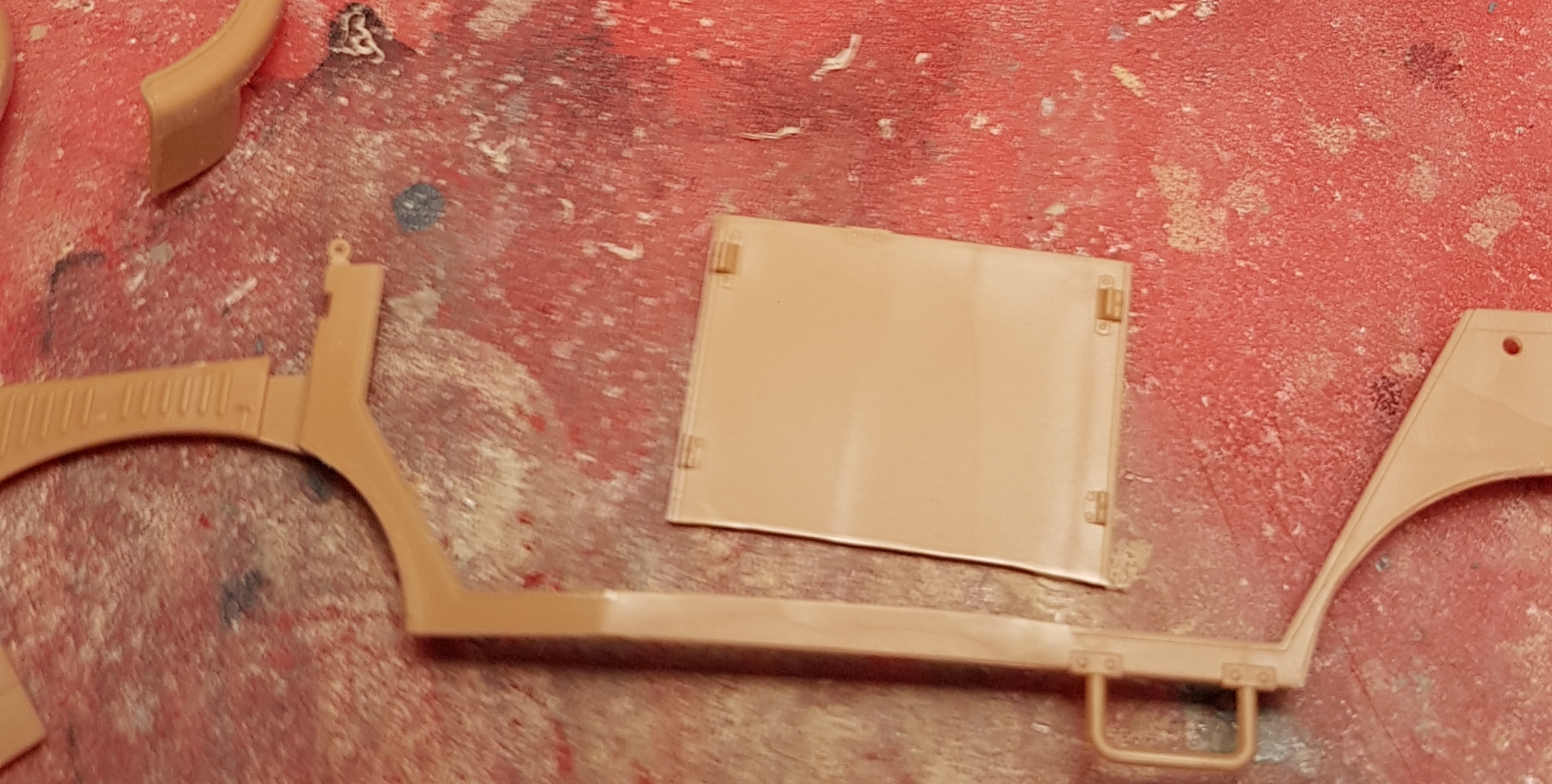 I made break drums and easy on/off resin wheels attachment.

but that was a mistake because curve did not match so I had to use doors from another Icm kit. Same happened with the floor after realization that Tamiya spare wheel section does not fit inside space between two doors. After some research I find out that Type 40 had 20 cm shorter wheelbase then 1a. So I had to insert piece of placard in the middle of the floor... Perfect fit. 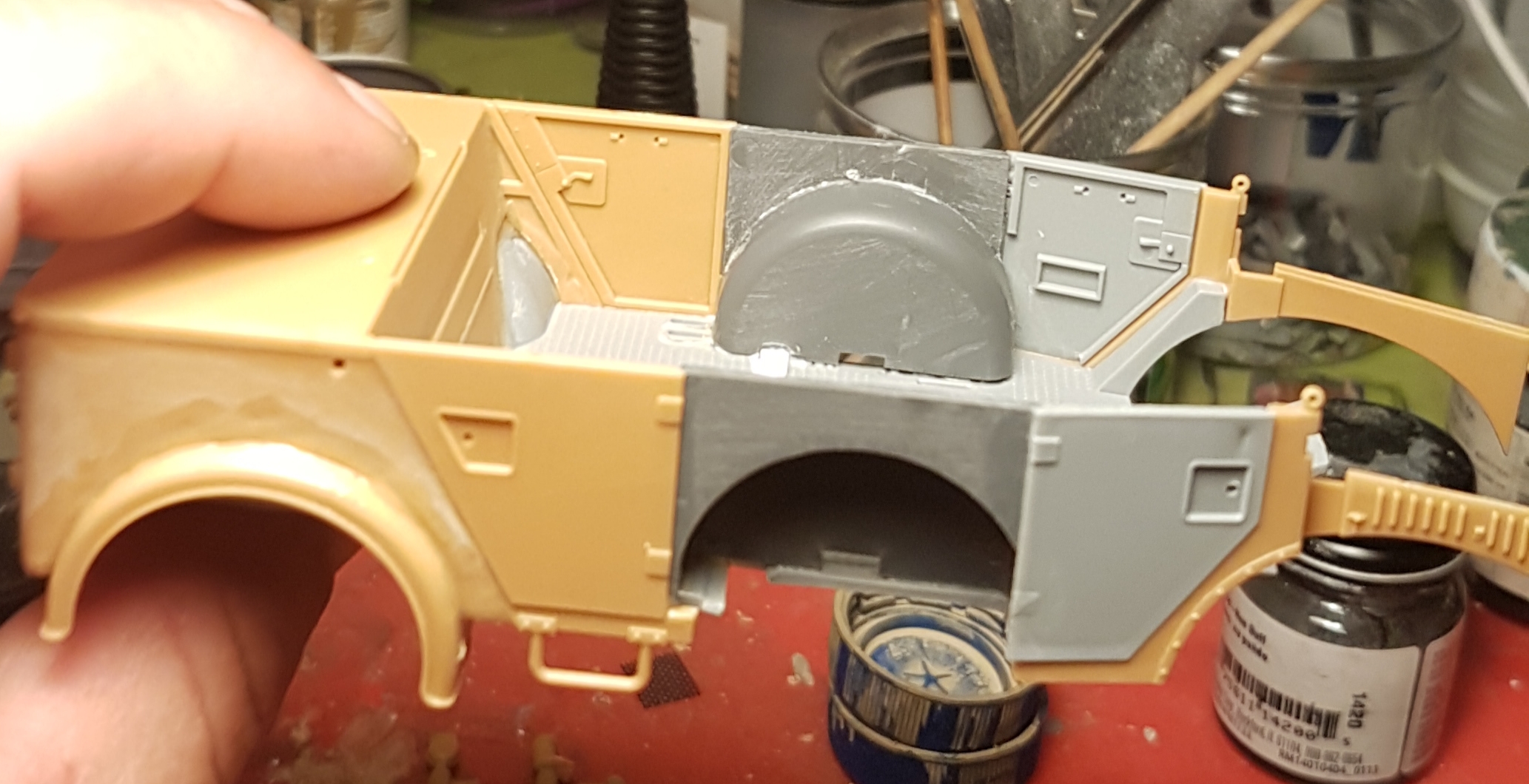 Then I removed part of cargo compartment cover, added some wood planks and removed reducer

Fixed front of the body...

And here I am now.

This is what I am aiming for 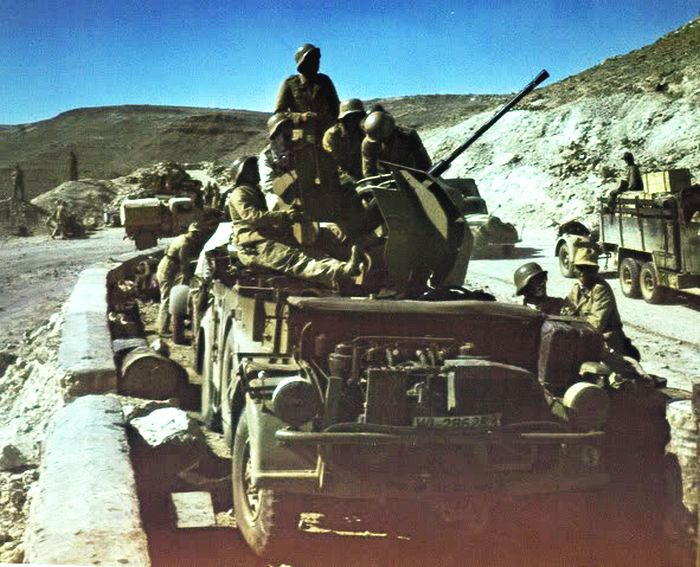 So front hood goes to the spare parts box.
Sorry for long update, maybe someone sometimes is going to make same conversion so this can be useful.
I still have a lot of job, will keep updating.

That's a serious surgery,Bogi!
Am highly intrigued how your Horch will turn out!

REPLY & QUOTE
BogiBg (Bogi) said
Mike, thank you for support.
Angel, this is not even close to the stuff you make. But I am starting to understand why you do it - it is fun as much as it is challenging.

REPLY & QUOTE
petbat (Peter Battle) said
Wow, all that work and you already had an ICM kit to match. You are masochistic aren't you Bogi

REPLY & QUOTE
BogiBg (Bogi) said
What else can I do? I never saw a photo of Horch Type 40 with 20mm flak.

REPLY & QUOTE
k_mero4 (Kalin Merodiiski) said
Bogi, impressive work on your model. Every day I am more and more amazed at your way of working. 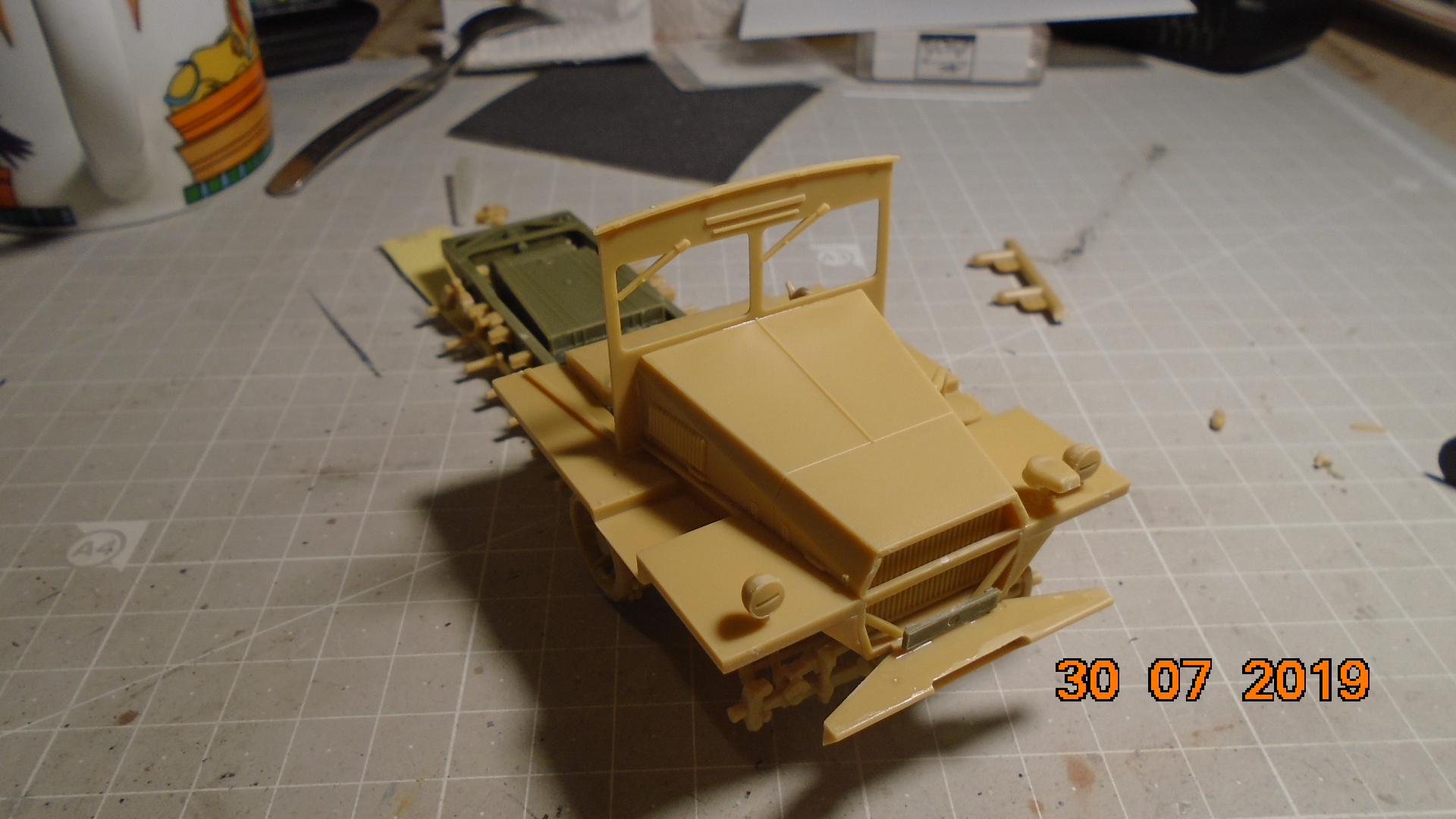 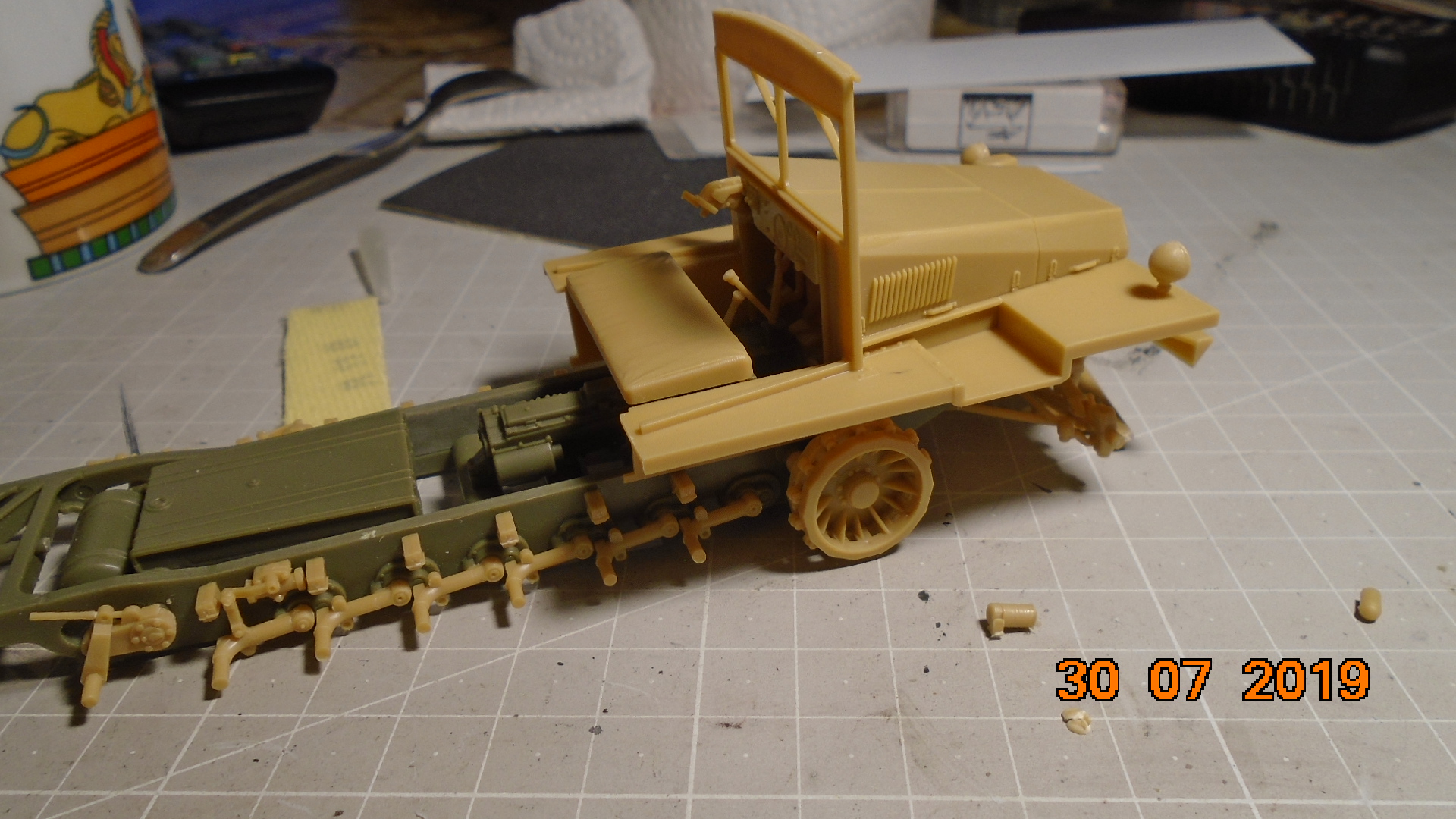 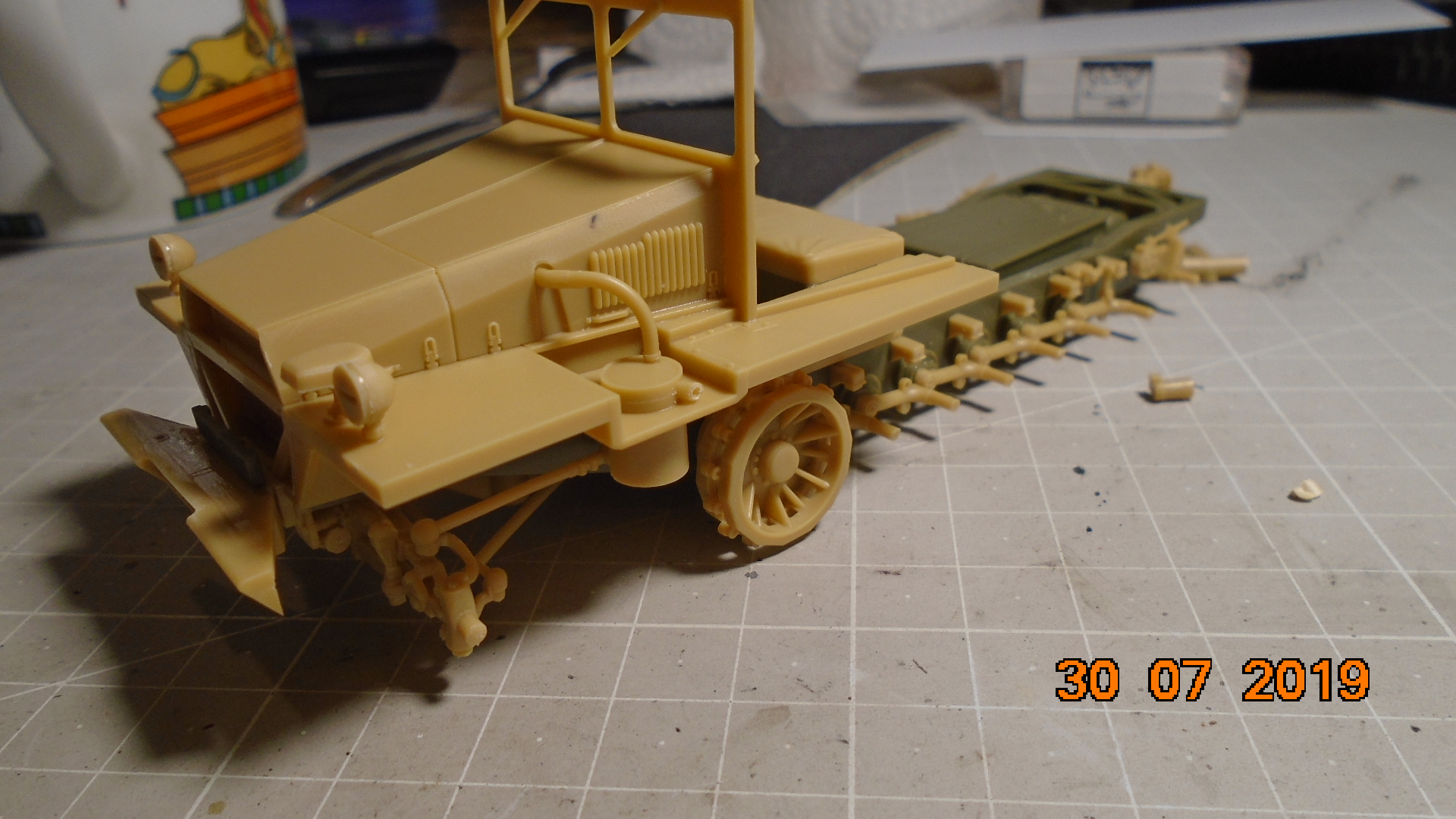 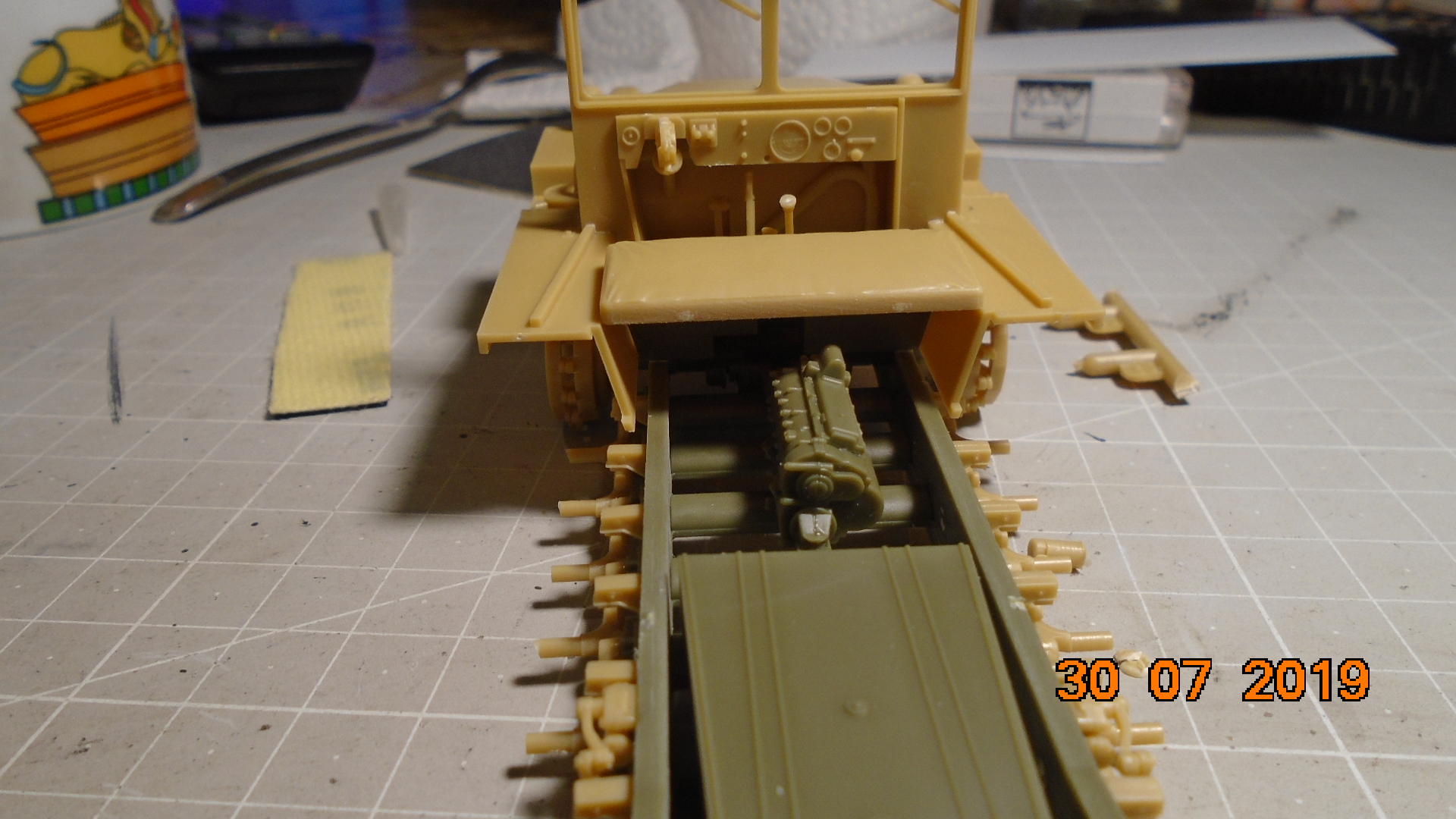 Bogi - Very impressive work on your Horch - cant wait to see how that turns out. And I completely understand your compulsion to backdate your Type 40 - If there arent any photos of one with the Flak 38, you gotta.

Kalin - Nice progress on your build, and good, clean work on the 37mm Flak with all its fiddly parts.

Anyway, here is my progress so far:

I still have a bit of work to do on the hull (fuel lines, tow cables, etc.), but the real fun will begin at the painting stage, namely at the point where I have to paint the details on the inside of the turret and all this ammo:

Have a good one,

Some minor updates from me. Flak 38 is just about finished. The shields will go on once some paint is applied. I also assembled the bed. 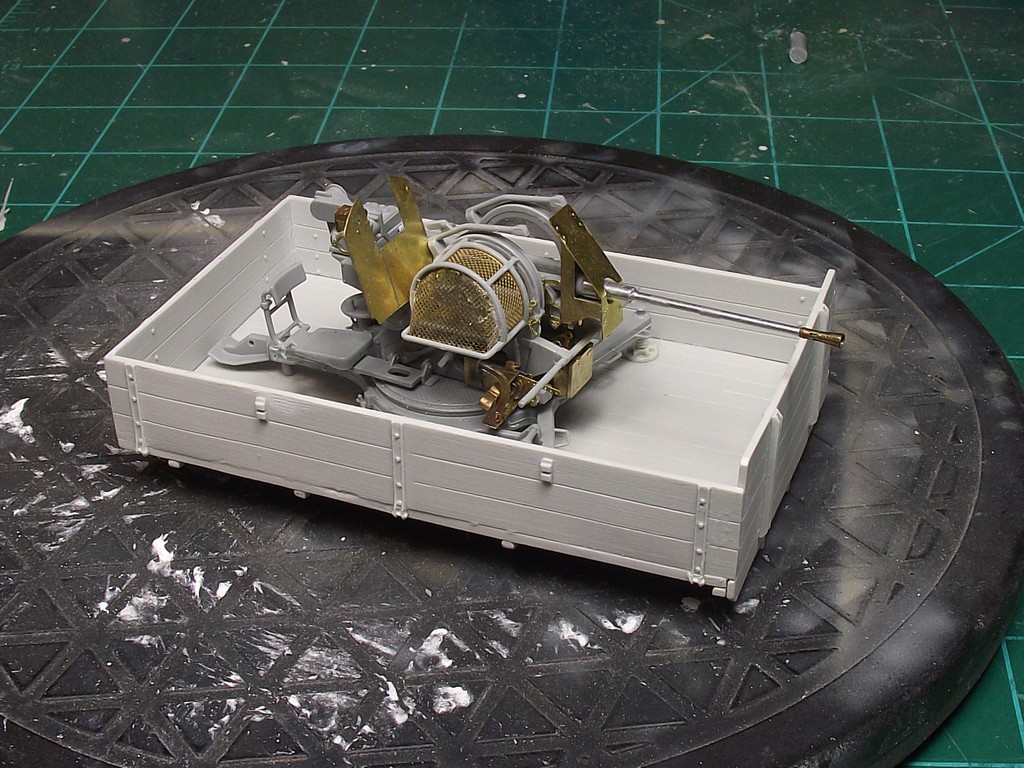 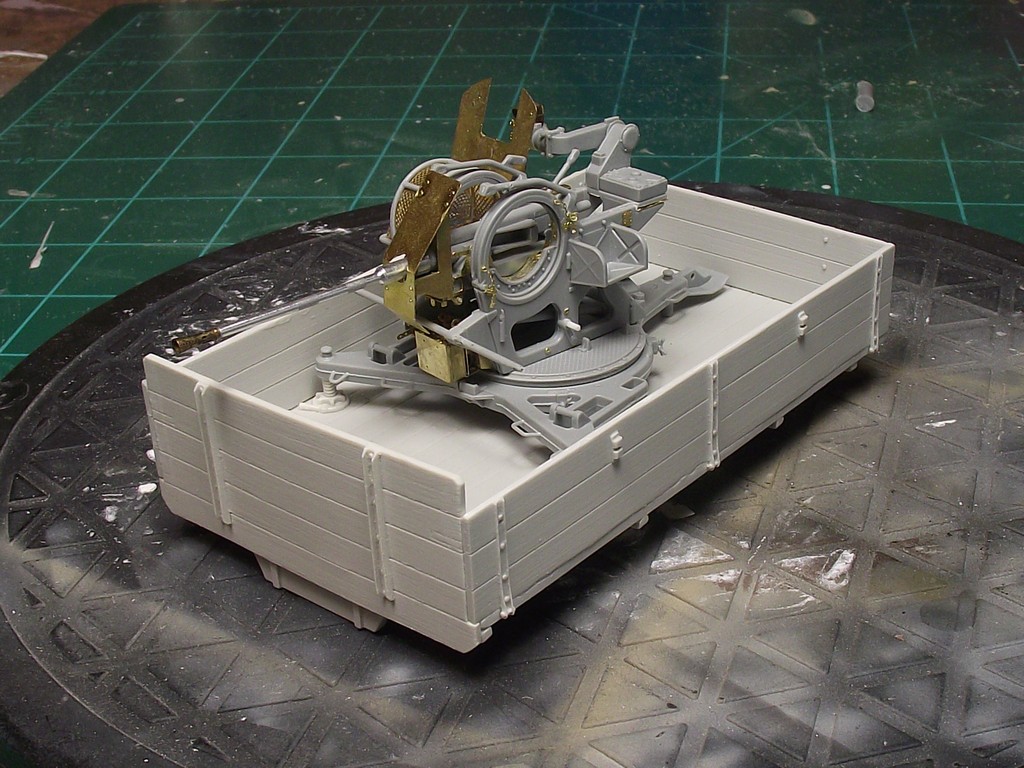 This is eventually going to find its way onto a Oasis diorama. I certainly will not have the diorama finished by October, so for this campaign I'm just going to focus on the vehicle. I do want to show you the cast that will take part. 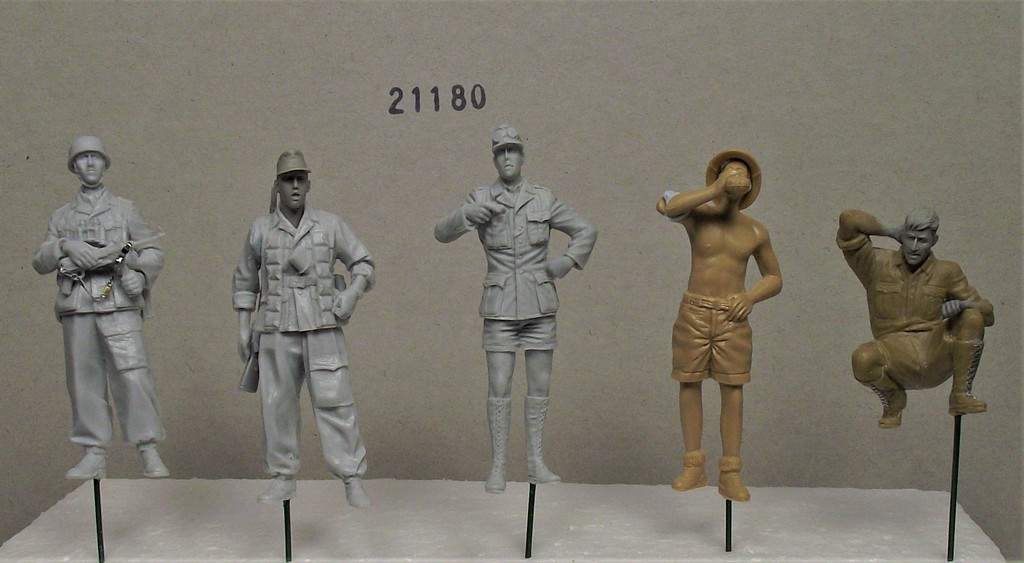 I have not painted a figure in over two years. So, I had to at least get the paint brushes out and give it a go. Painting the figure without the shirt was a challenge, to say the least. 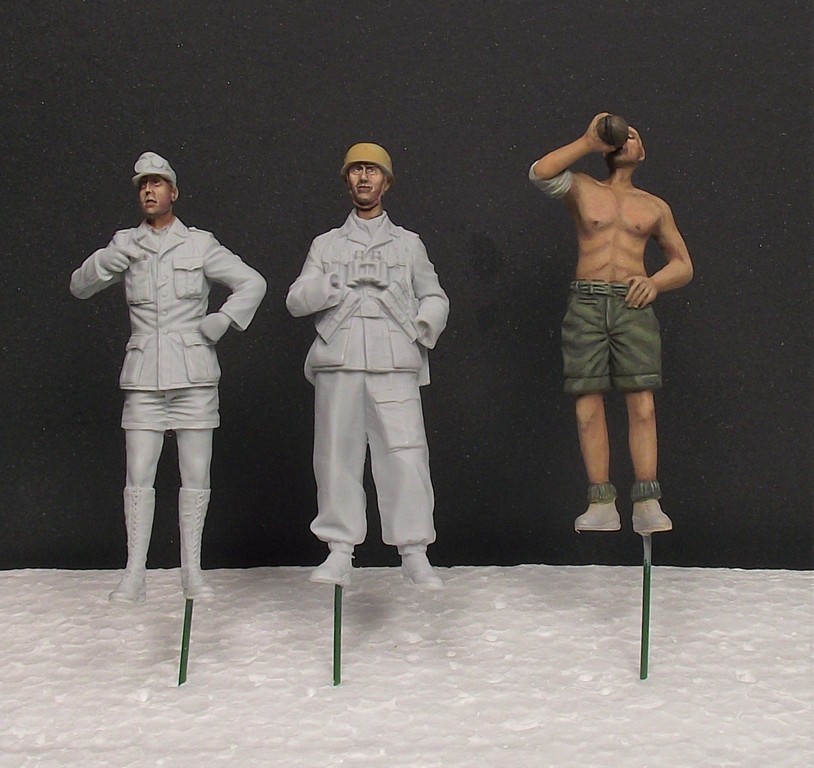 Thanks for looking
Shawn

REPLY & QUOTE
petbat (Peter Battle) said
Wow, some great work guys. # really great builds nearing completion and I have not even started yet...

I'm going to do the Italeri Crusader AA kit. I'm hoping it will be a quicker build than the other options.

You're not alone, Peter...
At least you have decided what are you going to build

REPLY & QUOTE
BogiBg (Bogi) said
Jerry, Shawn, nice job. Finally this is looking like campaign. So much talk around this site, so little finished models...
Peter, come on, it's time to join in.
Angel, you are excused for now, until you finished with your other builds.

I am stuck, again, my daughter came with her boyfriend for a visit, they will be here for 5 weeks, my vacation is over soon, my compressor broke... No luck for me with this campaign.

REPLY & QUOTE
k_mero4 (Kalin Merodiiski) said
Jerry, Shawn, very good work on your projects in the campaign.
Bogi so good things have started for you, and at the moment ... I look forward to continuing. Good luck!
For me things are as follows.
Flak 36 is built and painted with Dark Gray base color.
The Sd.Kfz.11 was also built, but I painted it in Dunkelgelb.
The tracks do not look good, but they remain for now.
Here is a photo of my work progress. 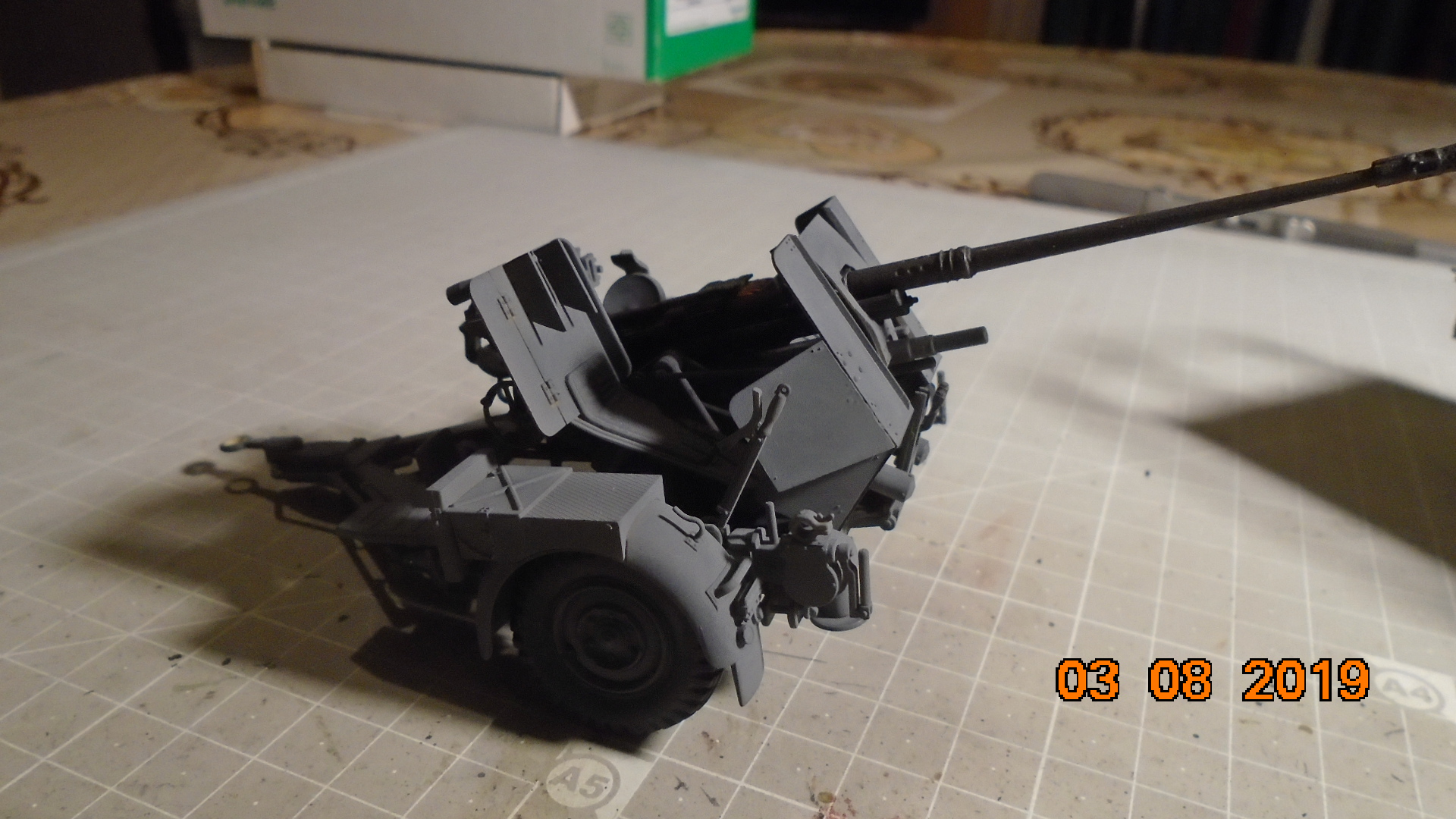 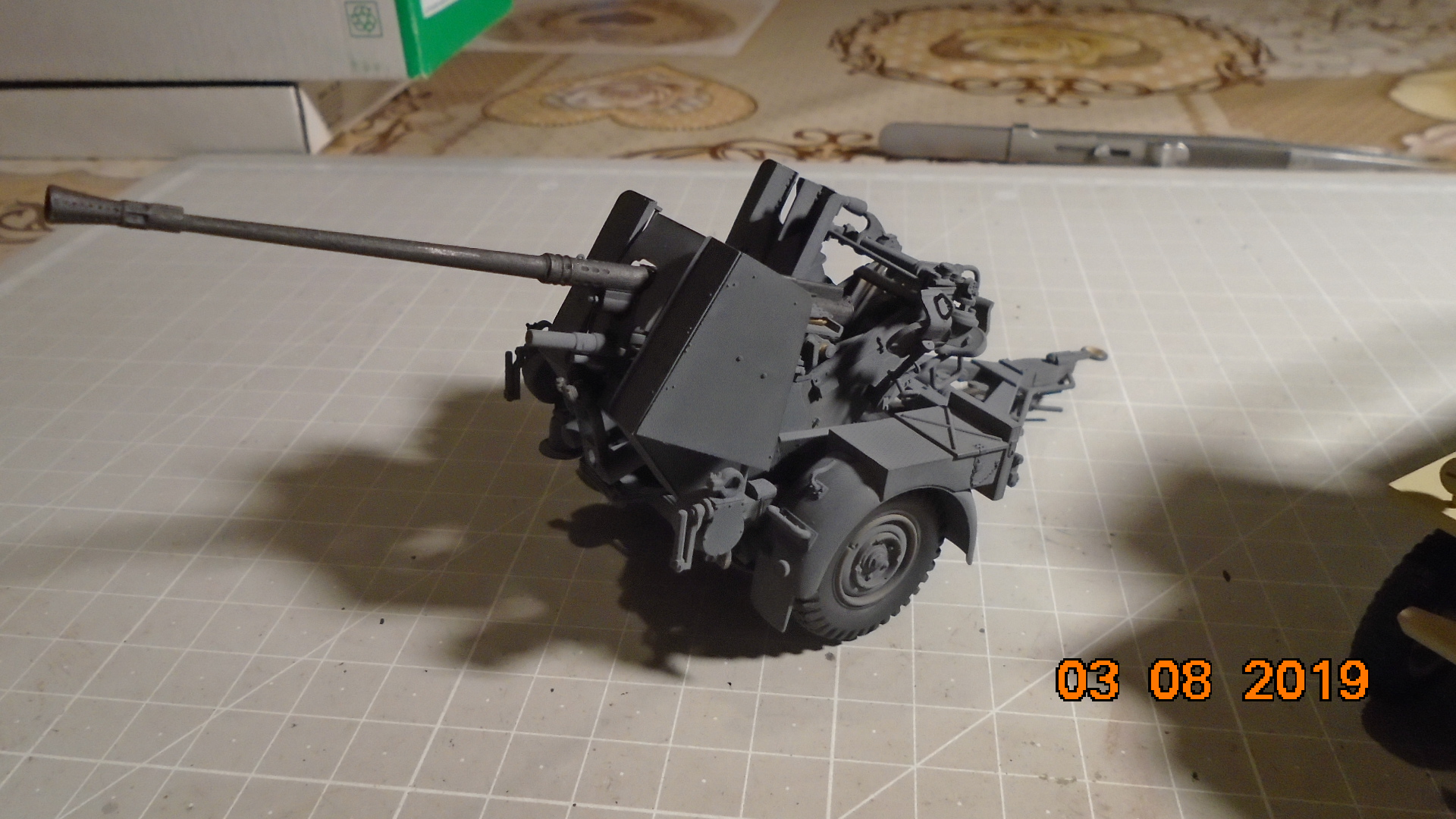 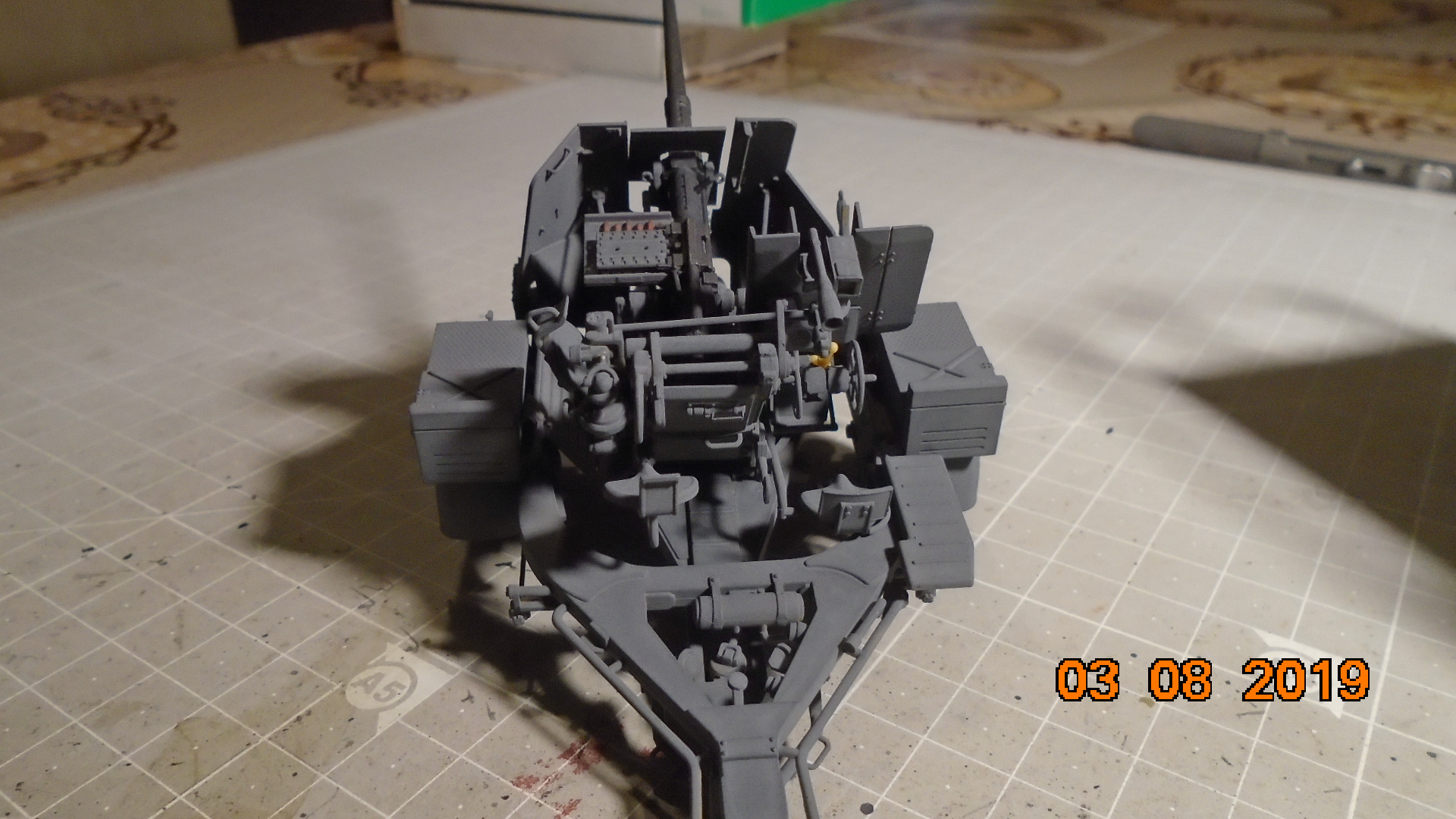 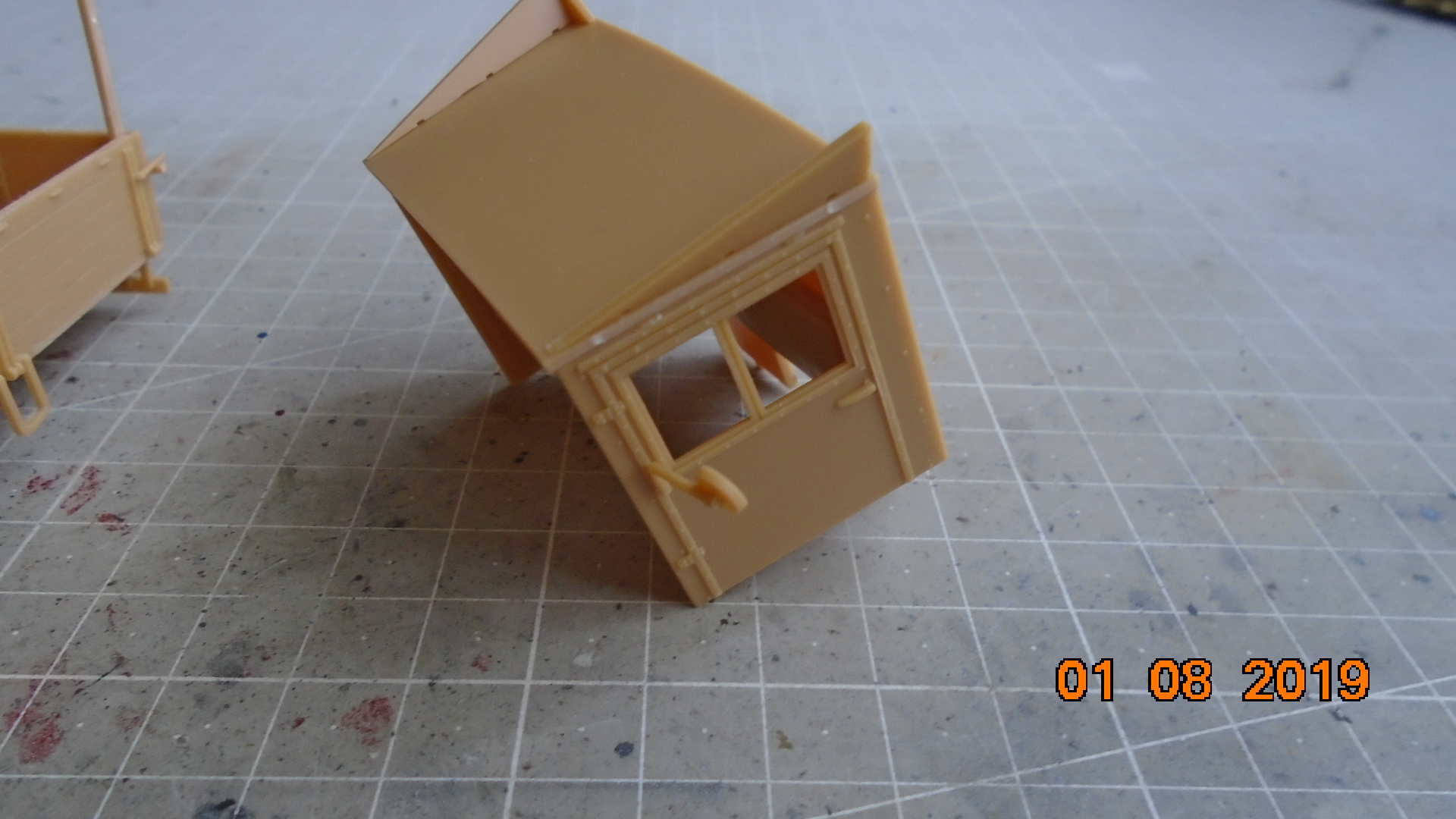 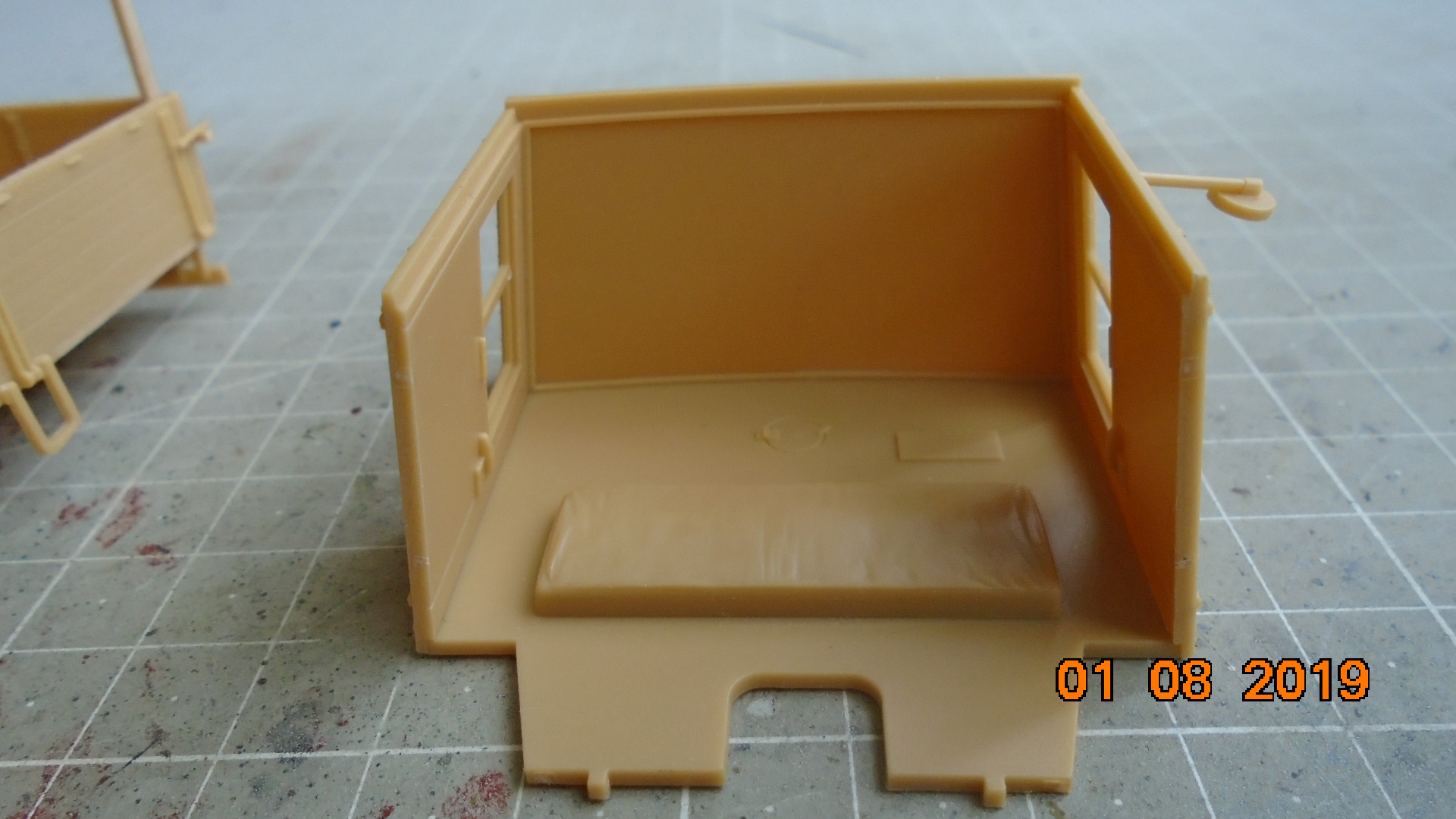 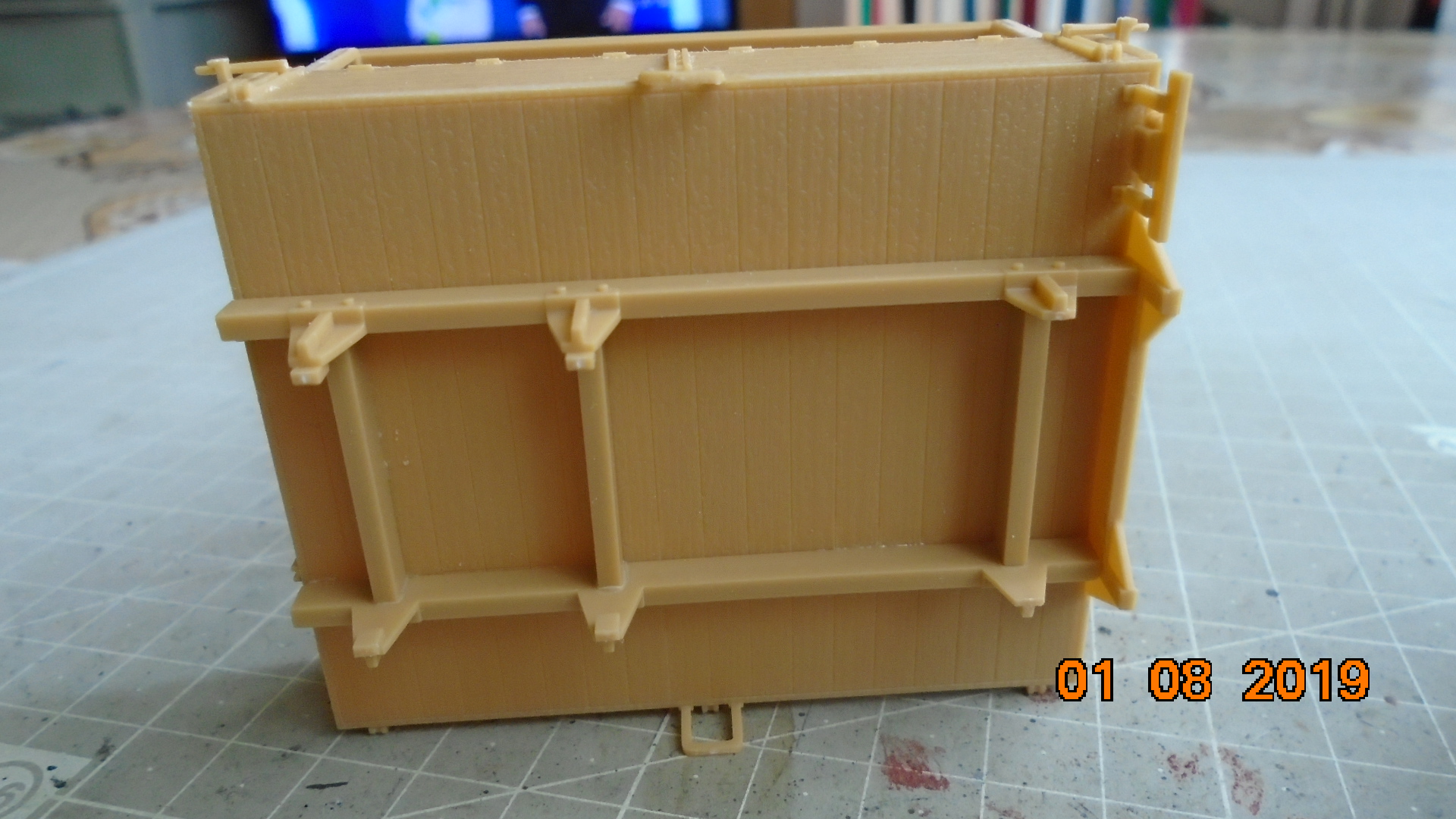 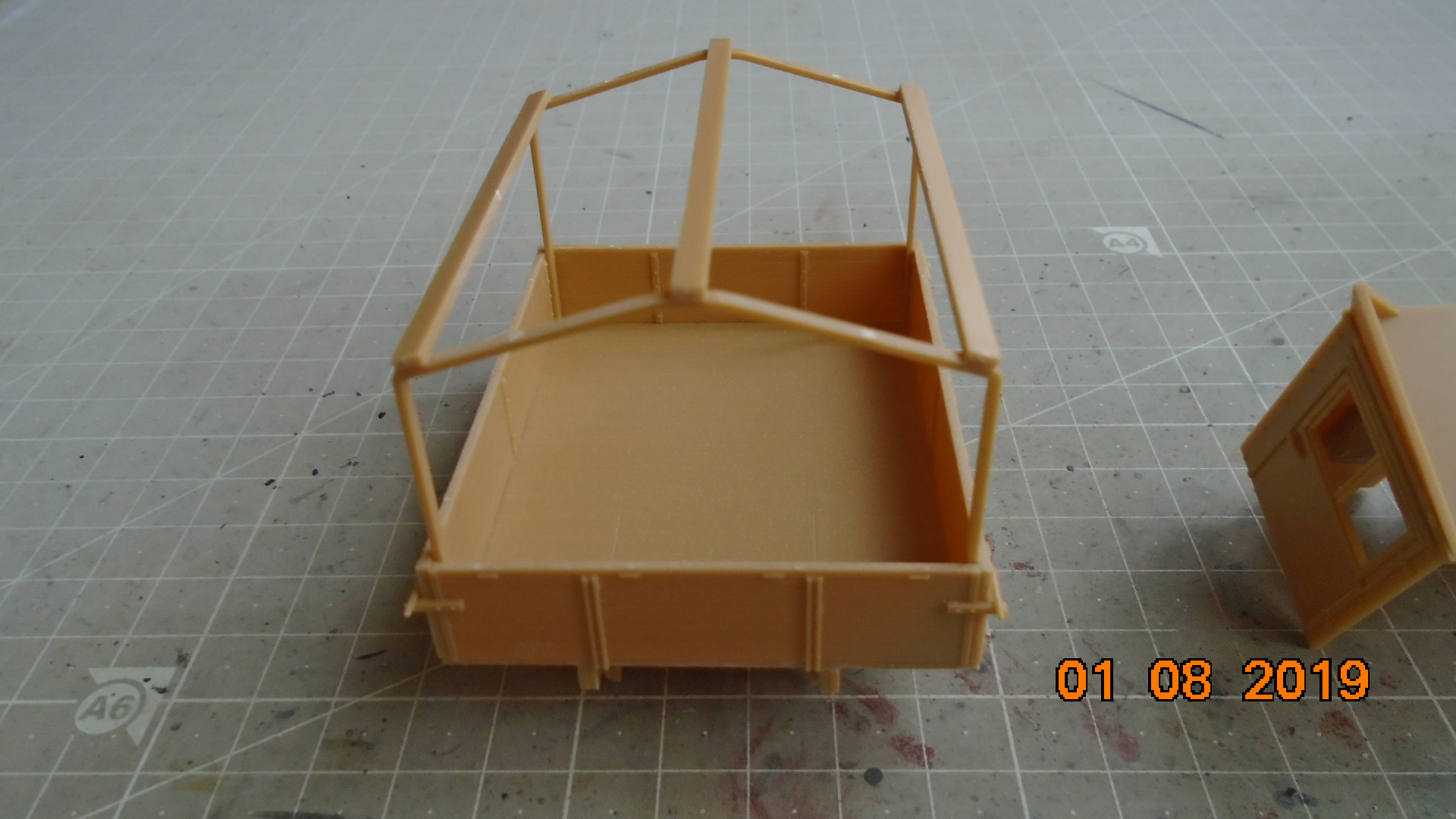 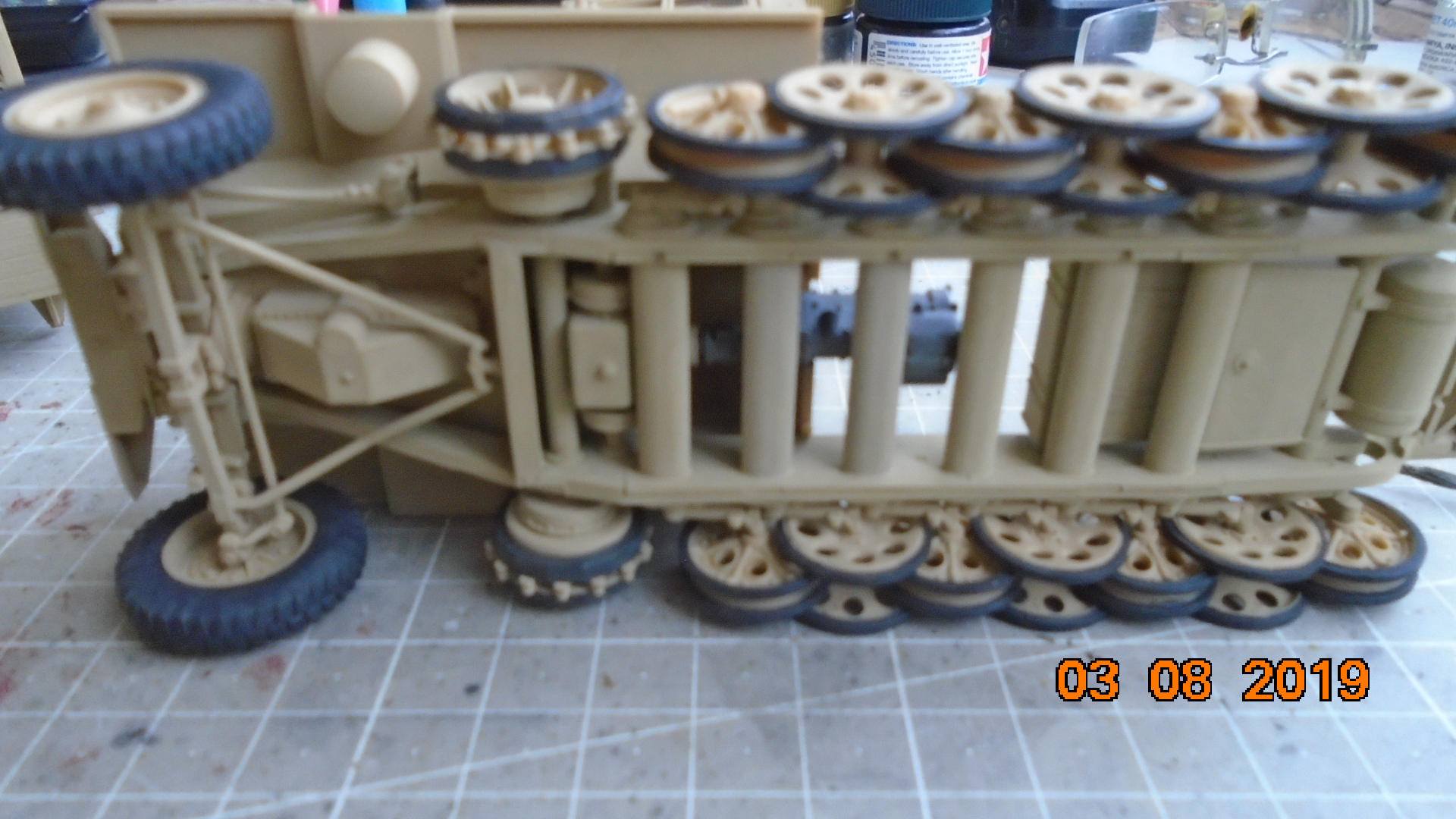 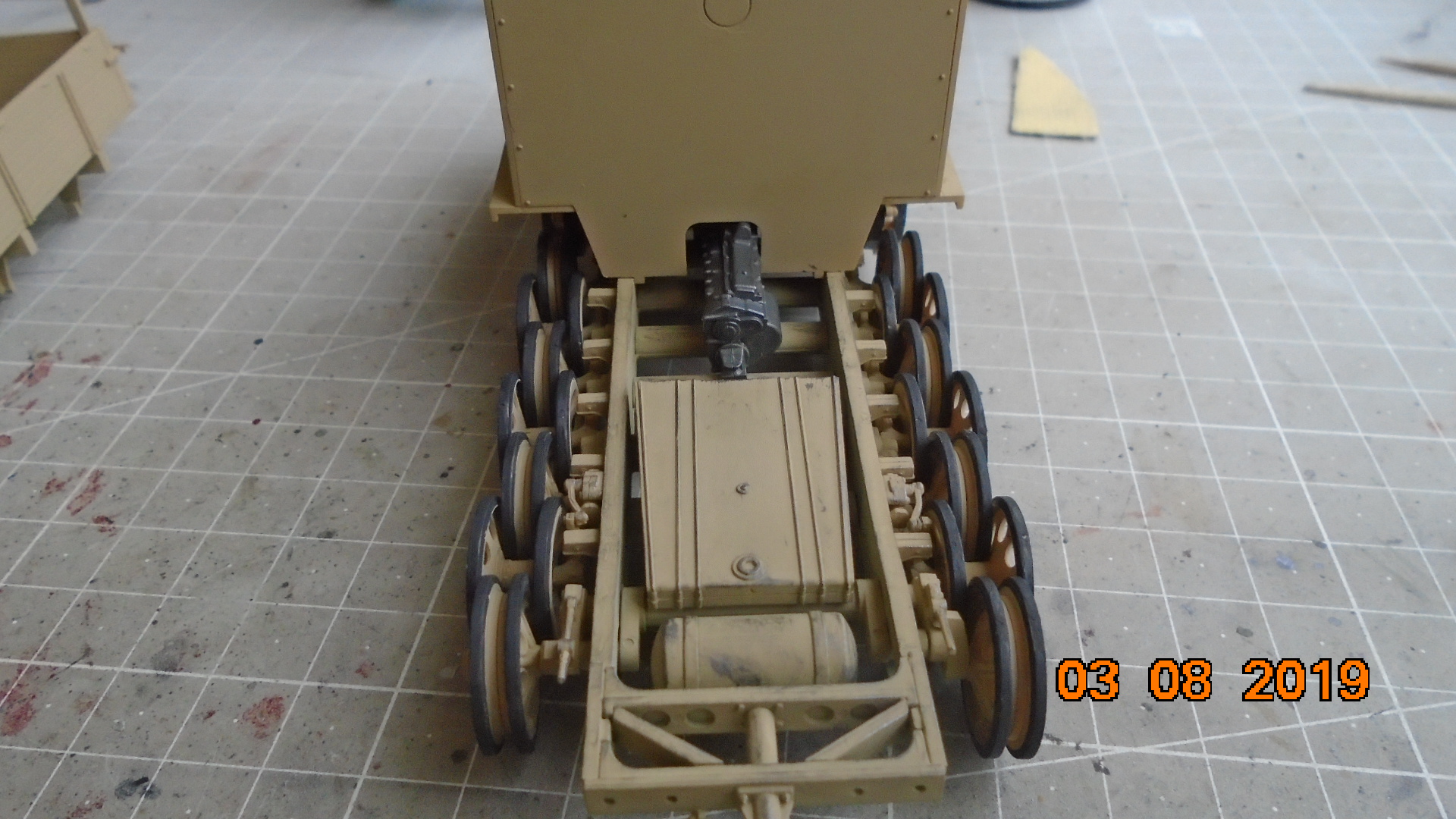 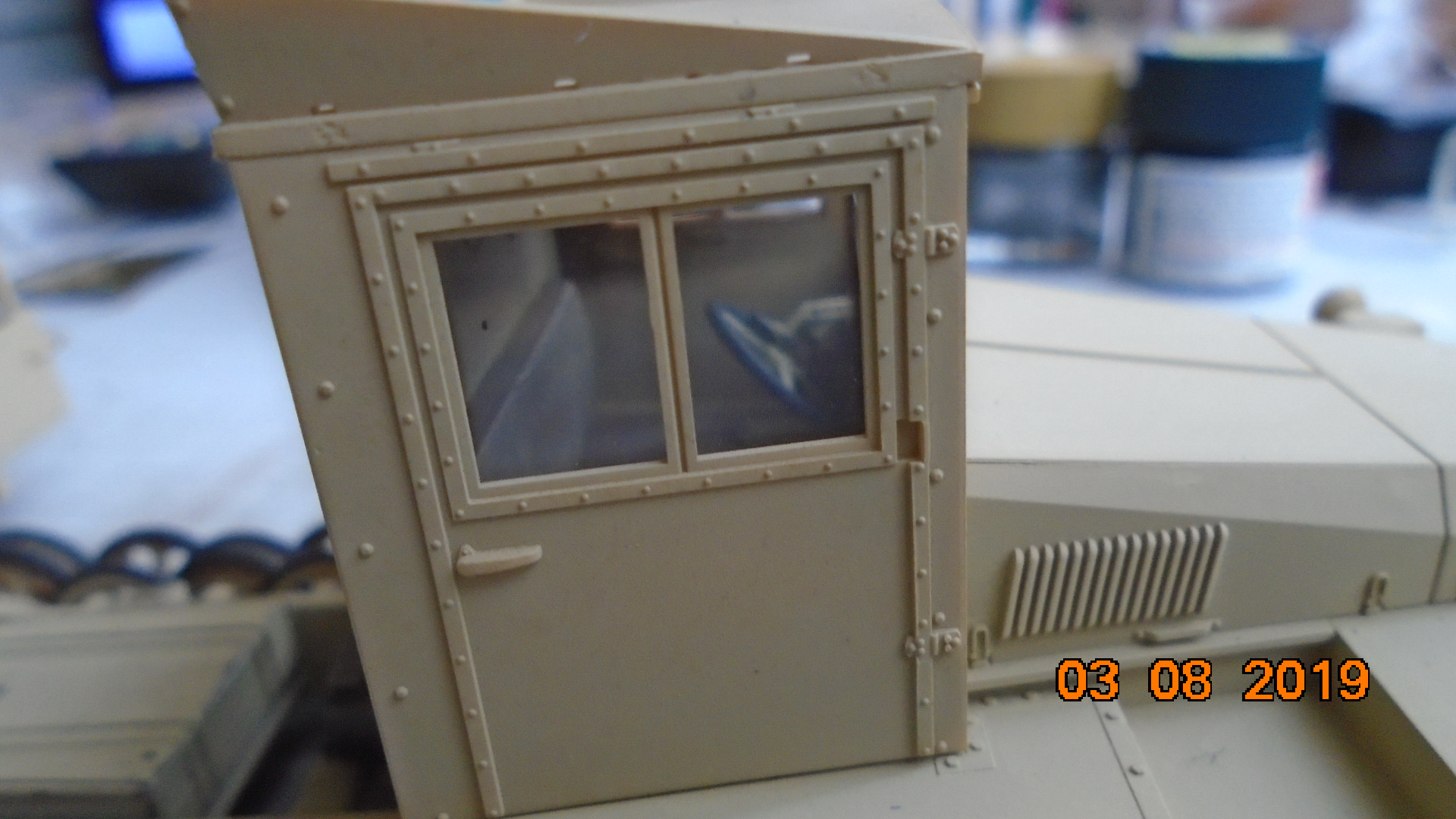 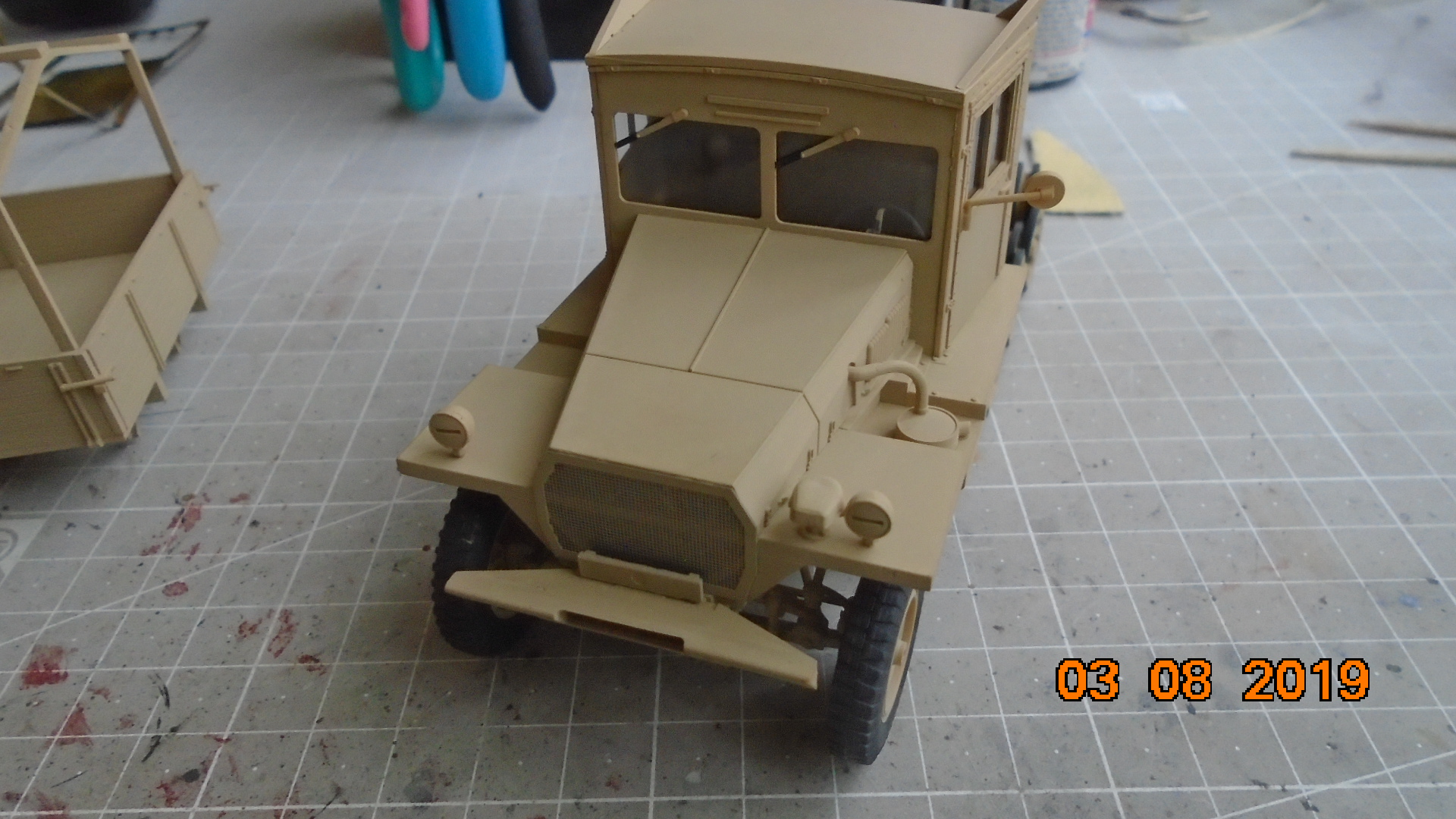 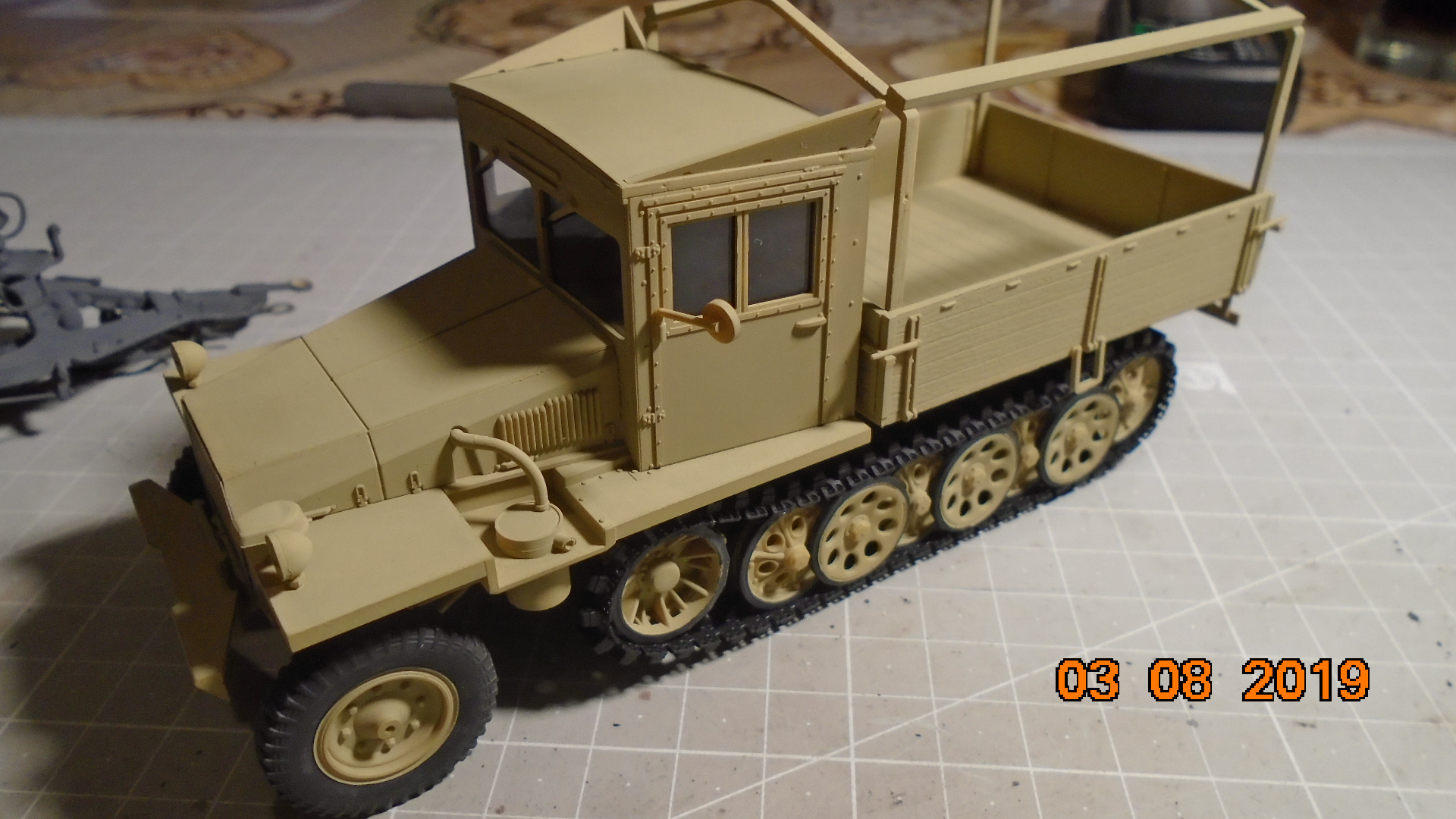 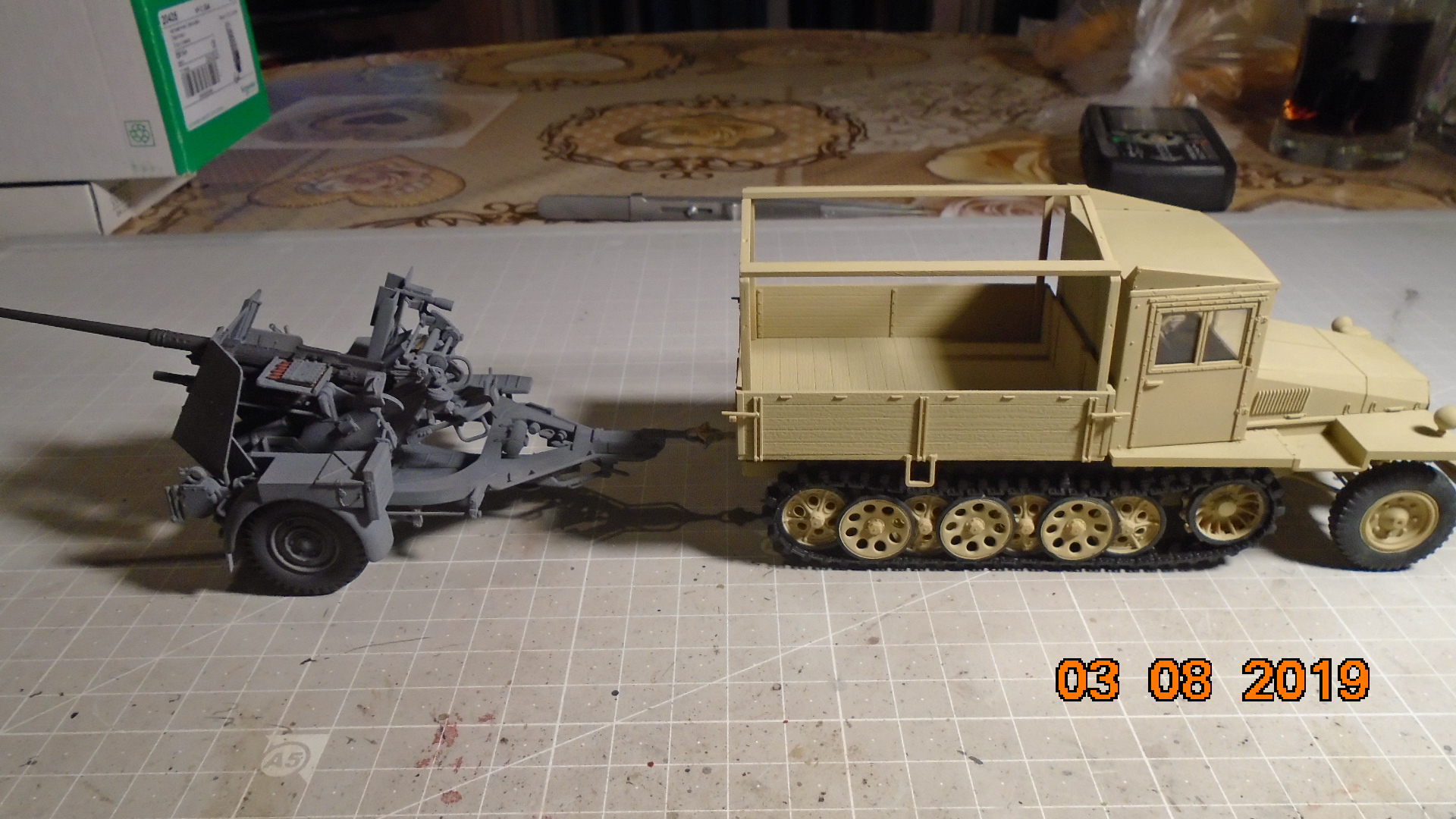 For now so much. This is followed by color modulation and weathering.
Kalin

REPLY & QUOTE
MLD (Mike D) said
Back from vacation.
Paint, wash and some dry brushing on the ZPU. 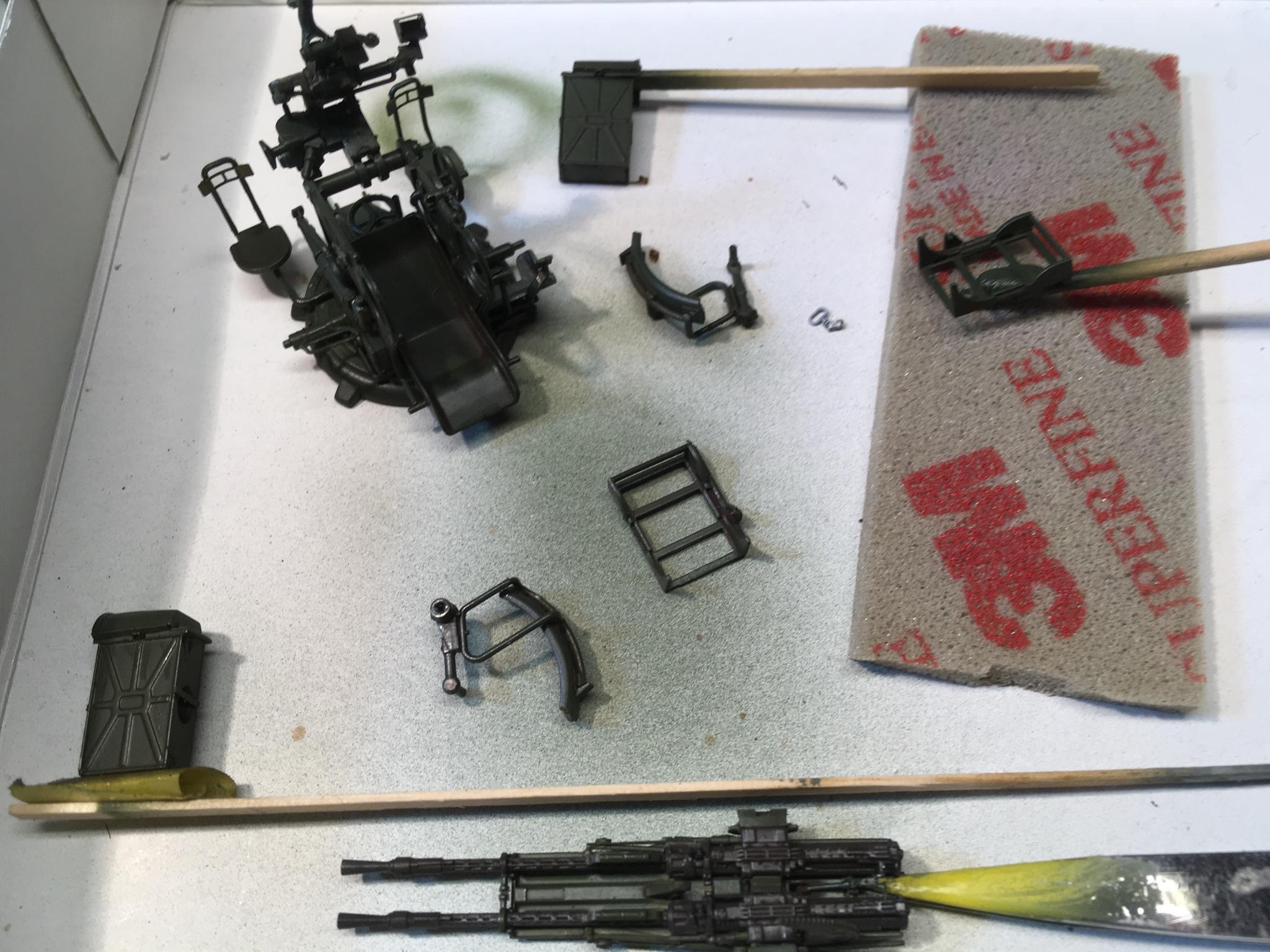 be really careful the shaded box 1's and 2's are all that seperate the Chinese type59 from the ZPU 2 in the instructions.
There are different charging handles, tool box location and barrels between the versions.

REPLY & QUOTE
If you can keep your head when all about you are losing theirs,
perhaps you've misunderstood the situation.

Bummer about the compressor Bogi. Hope you remedy that soon.

"Bring me some clothes and bring some of your 'plastic junk' as you could be here a while", she said. Who was I to argue!

Managed to clean up some of my build whilst she was in the hospital. The old Italeri kit needed some clean up too. and some work done: Glued the lower hull together and assembled the RB Model barrels - they are very nice.

REPLY & QUOTE
BogiBg (Bogi) said
Peter, I am so sorry about your wife. That was one hell of an accident. Hope she get back on her seat soon...

REPLY & QUOTE
ayovtshev (Angel Yovtchev) said
Peter,
So sorry to hear from the accident your wife had.

Please tell her a Bulgarian "plastic junk" addict wishes her speedy recovery and many many bycicle miles- soon!

REPLY & QUOTE
BogiBg (Bogi) said
I think we should throw some "Recovery" campaign to show our support.

REPLY & QUOTE
k_mero4 (Kalin Merodiiski) said
Peter, I'm sorry about the incident. I sincerely wish you a speedy recovery of your wife.
Kalin