REPLY & QUOTE
Streegun (Joey Streegan) said
My First build ever! Thank you to everyone that helped me find the parts..

It's an E75, and I wanted it to be done differently than other representations of it with inspiration from World of Tanks like many others, but I added my own twist as well. I wanted to model it after the Jagdtiger in Bovington.. Lots of the tools and clamps are missing or damaged, or modeled open, but the vehicle is overall clean.


She looks plain now, but I am waiting on a voyager PE set for this kit.. It should spice things up a bit.

I burnished the tracks built, so the results kind of sucked, which is disappointing.. But I was planning on hiding most of it under light rust and dust pigments?? Does that sound like a good plan? the burnishing fluid got to most spaces since I washed them beforehand, there is just a few little spots that are untreated.

*I just primed everything except the tool clamps because I wanted to attach and paint them separately after applying the camo since I saw that people use putty to mask camo patterns. And if I have to do that later, I wanted to do that without knocking off all the workable clamps.

Hope I am going in a good order so far.. 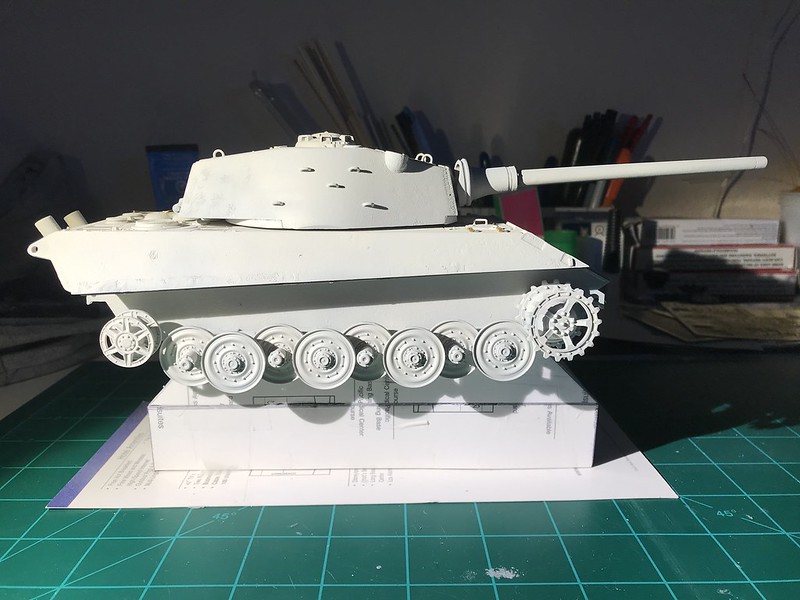 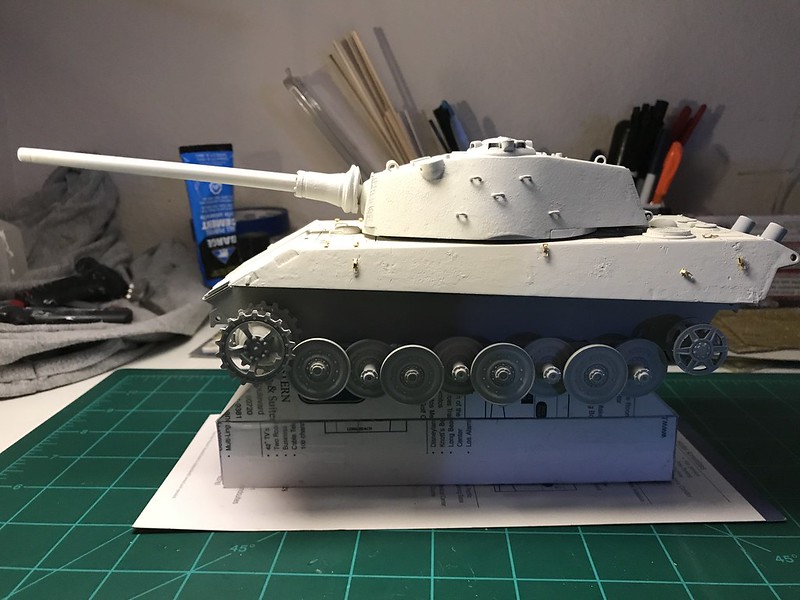 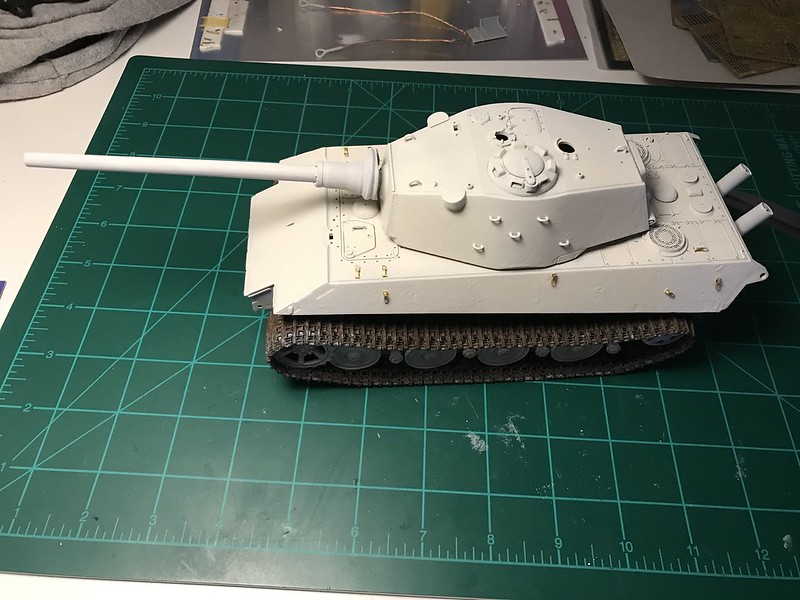 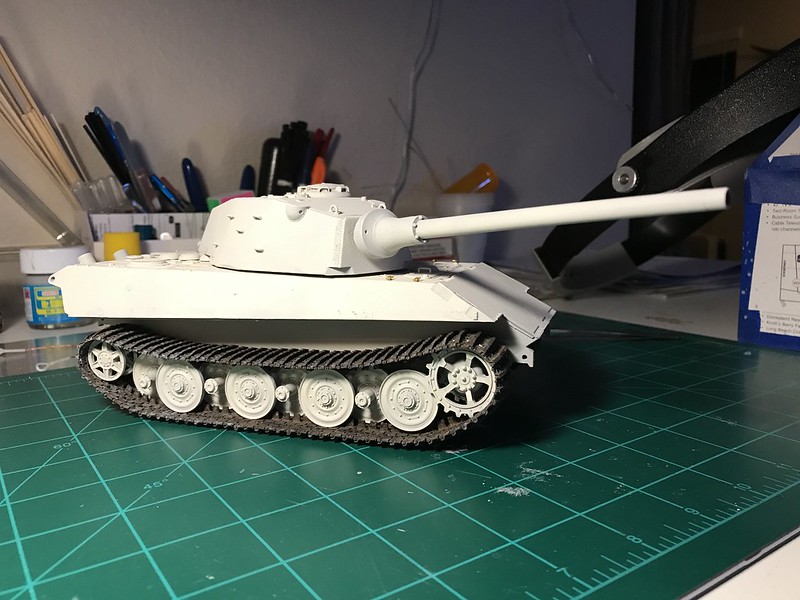 I cannot see the pictures. Requires a Yahoo login.

Sorry about that! I have not used a forum in quite some time to post my own pictures. Thanks! Shaking off the cob webs

Thank you! It has been a great bit of fun so far.

REPLY & QUOTE
retiredyank (Matthew Nethery) said
If you enjoy that build, the HobbyBoss Tiger II is listed for ~$23, on Hobbyeasy. I've built it, recently. Fairly simple; it took me about four hours, without tracks. It is waiting for paint.

If you enjoy that build, the HobbyBoss Tiger II is listed for ~$23, on Hobbyeasy. I've built it, recently. Fairly simple; it took me about four hours, without tracks. It is waiting for paint.

What a steal, thank you so much